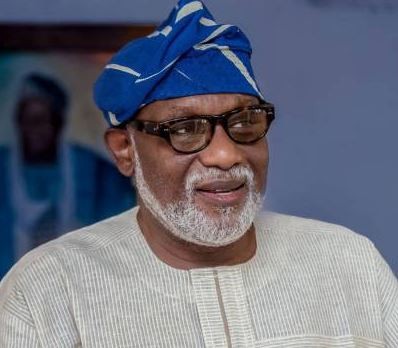 Governor Akeredolu of Ondo State has reacted to allegations of being behind the shooting which occurred during Friday’s rally for the Ekiti All Progressives Congress (APC) governorship candidate, Kayode Fayemi.

In a statement issued in Akure on Saturday by Segun Ajiboye, the Chief Press Secretary to the Governor, he said the attention of the governor was drawn to a “malicious’’ report by the campaign organisation of the governorship candidate of the PDP in Ekiti which alleged that Akeredolu was behind the shooting.

It also said: “the statement, signed by one Lere Olayinka on behalf of the Olusola Eleka Campaign Organisation alleged that the thug that fired the shot that injured about four persons in the rally, including an APC chieftain, Hon. Opeyemi Bamidele, was brought to Ekiti State by Governor Akeredolu. We wish to categorically state that though there was shooting in Ado-Ekiti by a thug today, Governor Akeredolu knew nothing about the identity of the suspect.  “It is nothing but a wicked lie from the pit of hell”.

”Governor Akeredolu was in Ekiti State to show support for the APC and its candidate, Dr Kayode Fayemi and none of the governor’s security detail fired a single shot throughout the rally in Ekiti.’’

The statement further said that “the Ekiti State Police PPRO, Caleb Ikechukwu, has disclosed that the policeman who handled the rifle was hired from Lagos. We hope this will put to rest the dangerous allegation.

“You will recall that the same Lere Olayinka had a few days ago alleged that Governor Akeredolu had promised to spend the state’s two months allocation on the Ekiti election. It is, therefore, pertinent to state here that at no gathering did Governor Akeredolu make a remark that he was ready to put two months allocations of Ondo state together to pursue Dr Fayemi’s governorship election in Ekiti State. Once again, we condemn the incident that occurred in Ado Ekiti today and sympathise with the victims and their family. We also sympathise with the APC family in Ekiti and the nation in general. Governor Akeredolu is a man of peace who is known to have devoted unrelenting efforts at sustaining peace in his state. We are, however, relieved with the news of the arrest of the perpetrator by the police.’’