”Why I declared early for 2019 Presidential Election” President Buhari 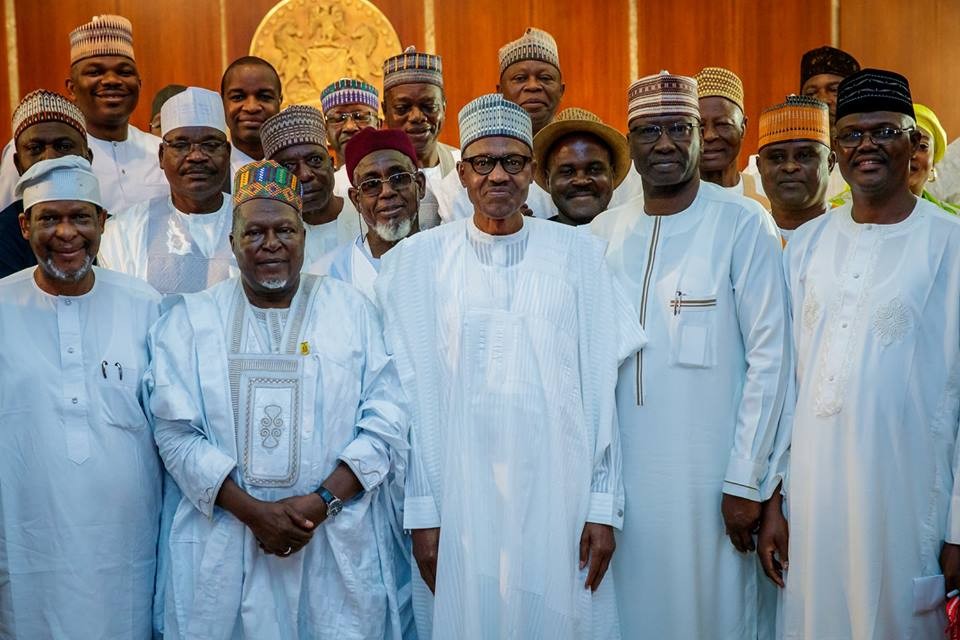 President Buhari on Friday said he declared his intention to contest the 2019 Presidential Election early in order to douse rising speculations in the country.

The president offered this explanation when he received members of the Buhari Support Group Centre (BSGC) at the State House, Abuja.

According to him, speculations are already constituting distraction to governance and stirring unnecessary tension so he had to declare his intention during the National Executive Committee meeting of the party.

“I had to announce before the National Executive Committee of our party about my intention to ask for the party’s nomination for next year’s election so that we can save a lot of time and cool tempers. A lot of people were trying to make it a habit of being a nuisance to themselves and many Nigerians, so when I came out I said those who are serious let them come out. And I tried to make sure that the party is organised and consolidated so that we start from the bottom to the top. And that Nigerians will be involved in a way that each constituency will pick those that are going to represent them at various levels, whether as local government chairmen, in the State Assembly, House of Representatives, Senate and finally the president,’’ he said

Buhari said early declaration guaranteed more participation and inclusivity within the party and further strengthened the bond with supporters and Nigerians.

“Some of the people thought to be uneducated and unsophisticated are very educated and sophisticated during elections; for those who have money to give they say bring the money we will still do what we want to do,’’ he added

The president noted that God’s divine intervention and the use of technology during the 2015 elections exposed the weakness of previous processes where a privileged few sat and allocated figures to constituencies during elections.

“They just sit and look at a constituency and they award the numbers, then they say anybody who disagrees should go to court. Now for somebody who is looking for the next meal where does he get money to pay Senior Advocates of Nigeria? Thank God for technology, with the PVC you know where you registered and it can be shown whether you voted or not,’’ the president said

He advised Nigerians to get their voters card for the 2019 elections and ensure that they vote to please their conscience with pride as citizens.

Commending the members of the political support group for all their sacrifices and steadfastness in championing his candidacy, President Buhari said

“I thank you very much for the sacrifice you have been making. I am happy to use this opportunity to meet you and thank you for the sacrifices and steadfastness. I don’t think I can thank you enough because by identifying yourself as a group for all these years and getting nothing for it visibly I think its worthy of commendation,’’ he said.