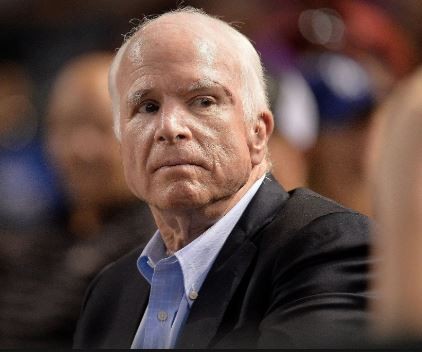 The New York Times reports that former Presidents Barack Obama and George W. Bush have been asked to give eulogies at Senator John McCain’s funeral, but President Donald Trump has been banned from attending the ceremony.

John McCain, who died on Saturday at the age of 81, will lie in state in the Capital Rotunda in Washington, D.C., and receive a full dress funeral service at the Washington National Cathedral.

His death on Saturday triggered a flood of tributes and even from U.S. President Donald Trump that he greatly opposed. Former presidents Barack Obama, George W. Bush, and Jimmy Carter, have also paid tributes in memory of the senator.

Trump, in a tweet said: “My deepest sympathies and respect go out to the family of Senator John McCain. Our hearts and prayers are with you!”

The late Arizona Republican, had organised his funeral, and close associates had told the White House in May that he did not want Trump to be invited.