‘President Buhari appears slow on some issues, because he doesn’t want to be unjust to anyone’ – Femi Adesina 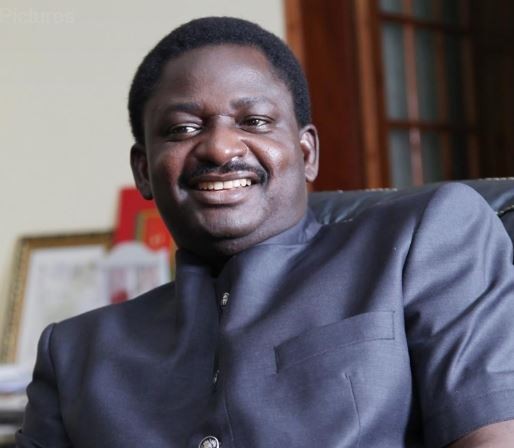 President Buhari’s Special Adviser on Media and Publicity, Femi Adesina was in Ibadan recently where he spoke with PM Parrot and was asked why the Presidency has been quiet on pertinent issues like the NYSC Certificate of the Minister for Finance, Kemi Adeosun, the invasion of the National Assembly, would you agree that the presidency has been quiet, and if you do why the quietness?

In his response, Adesina said ‘What does it mean to be quiet? To be quiet means, you didn’t talk. But hasn’t the Presidency talked about those two matters, we must talk. On the certificate saga, Alhaji Lai Muhammed who speaks for government has spoken that the agency in charge, which is the National Youth Service Corps (NYSC) says it is investigating and when it is ready with its findings, it would be unfolded to Nigerians, so you can’t call that quiet. Then the blockade of the National Assembly, immediately, there was a statement condemning it and there was an action that followed the occurrence, so you cannot also describe that as quiet’

Asked if it was right for the Acting President, Yemi Osinbajo, to have sacked the DSS boss, Adesina said, ‘It is ignorance, when power is transferred; everything about that power is also vested in the person who got the power transferred. An Acting President has all the powers of a substantive president. And talking about the National Assembly, National Assembly did not confirm the DSS DG. That position is not subject to confirmation by the National Assembly; it is the president that has the prerogative to appoint the DG of SSS and somebody that has been vested with the power of the President can also act in the same way’.