NFF confirmed his demise with a tweet that reads, ‘we are sad to announce the shock demise of former Nigeria Int’l, Ex-NFF Gen. Sec., former NFF Executive Committee member, and current chairman, Osun State FA, Chief Taiwo Ogunjobi after a brief illness. Our prayers are with his family, relatives and the football family in Nigeria’.

Late Ogunjobi was the Osun Football Association boss before his demise. 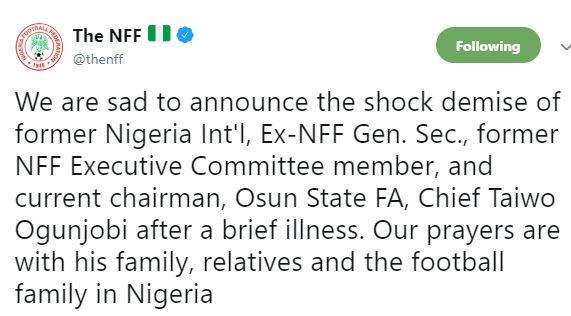