An immature man couldn’t accept rejection when he tried to woo a woman and it made him bring out his true colour by sending her a very childish message.

The man, whose name was given as Ade, contacted the lady on social media and tried to make friends with her. He later told her that he will soon be returning to Nigeria from the UK and wanted to meet her to discuss how much he likes her.

But the lady informed him that she wasn’t interested in starting anything with a married man. At this point, he showed his real self by sending a lengthy and insulting message to her.

Meanwhile, some social media users have actually come to the man’s defence. 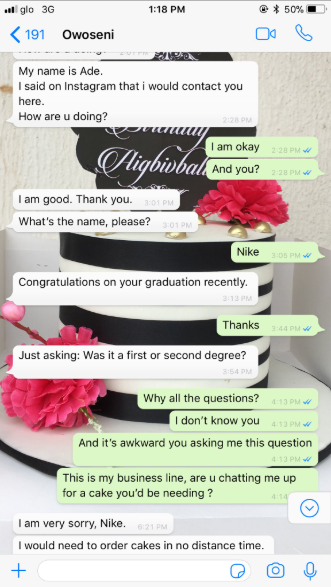 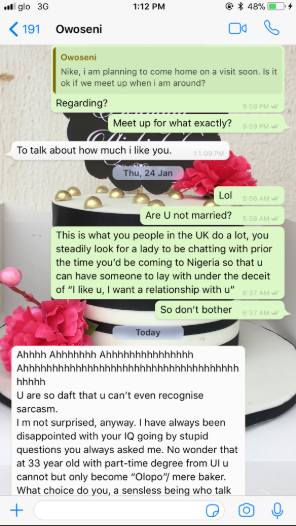 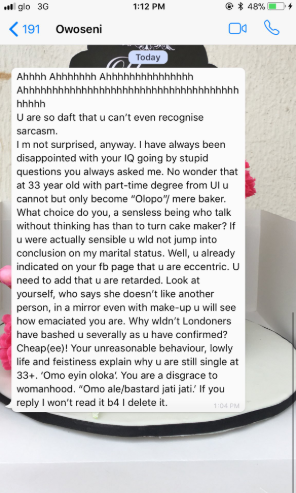 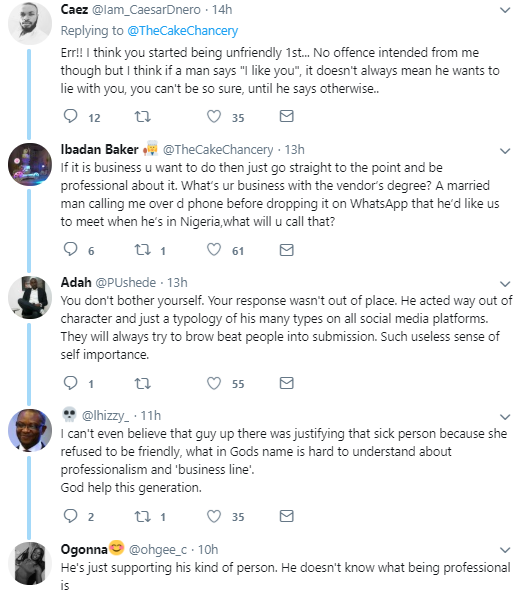 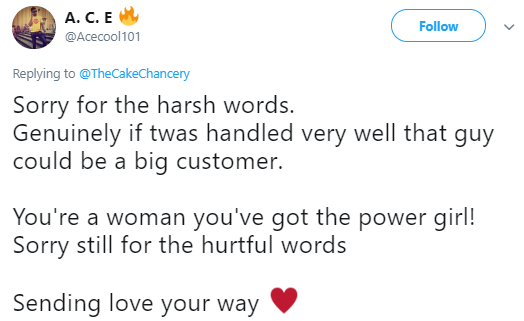 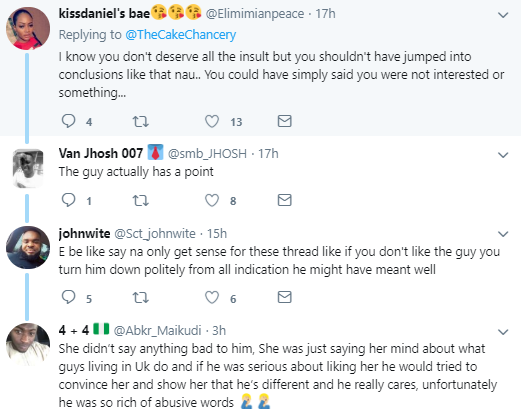