Joy Villa showed her support for US President Donald Trump by attending the 61st Grammy Awards in a gown dedicated to Trump’s controversial US-Mexico border wall.

The 27-year-old singer wore a white dress with a black painting on it that made it look like a brick wall. At the shoulder, the dress had barbed wires, giving the overall impression of a barbed wired fence. She also carried a bag which had Trump’s slogan ‘Make America Great Again’ emblazoned on it. 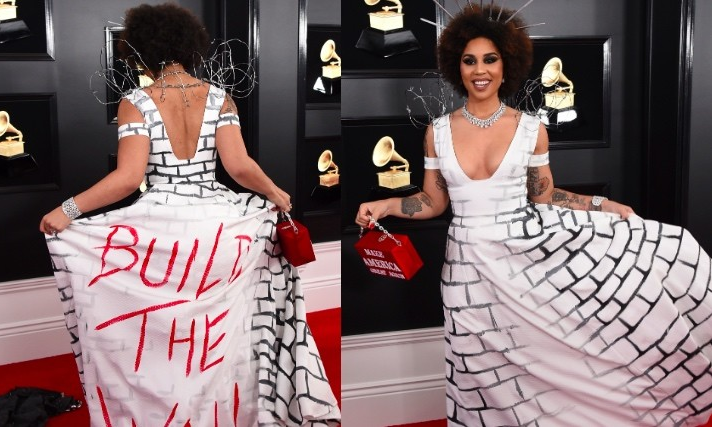 Joy Villa first stepped onto the red carpet in a metallic cape. She then removed the cape to reveal the white “wall” dress which she was wearing underneath. Her gown had the words “Build the wall” sprawled across the back in large red letters. 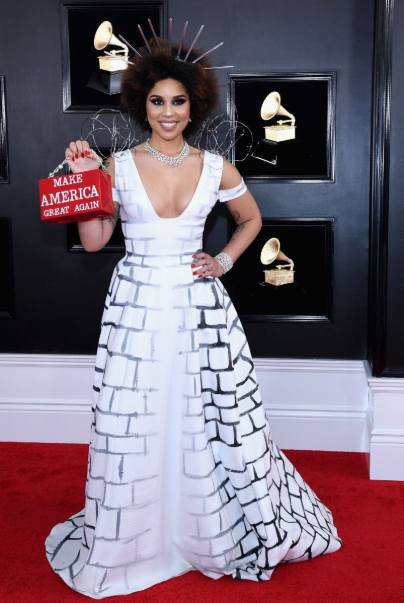 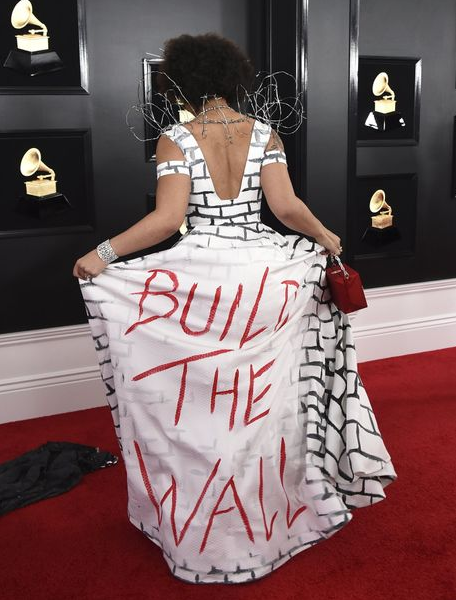 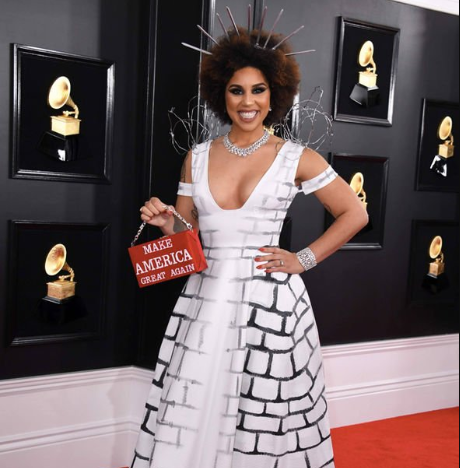 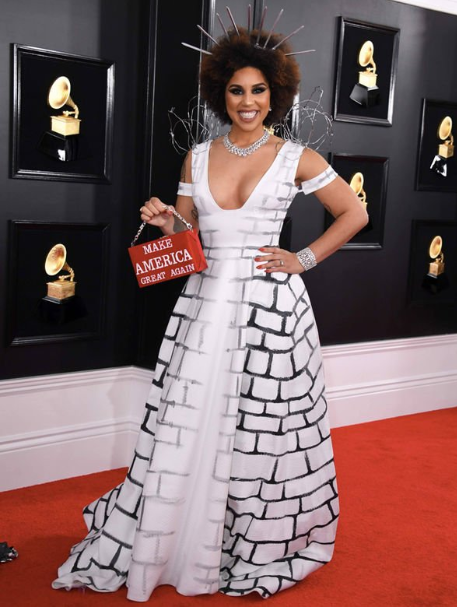 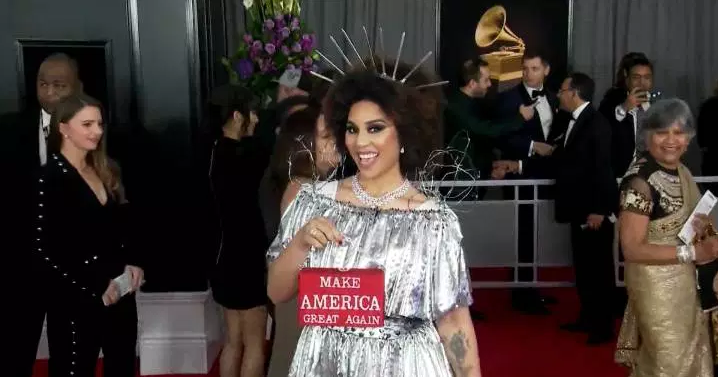 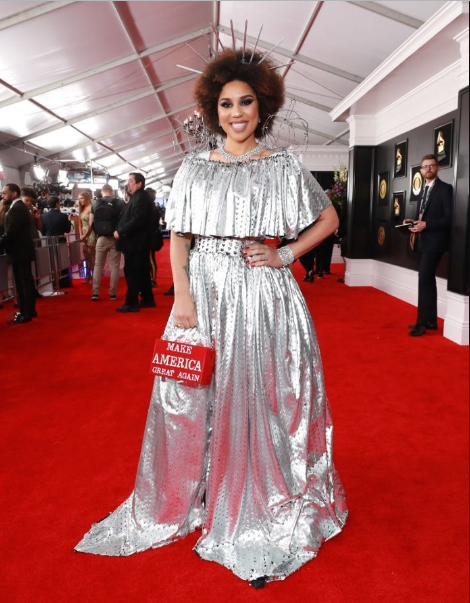 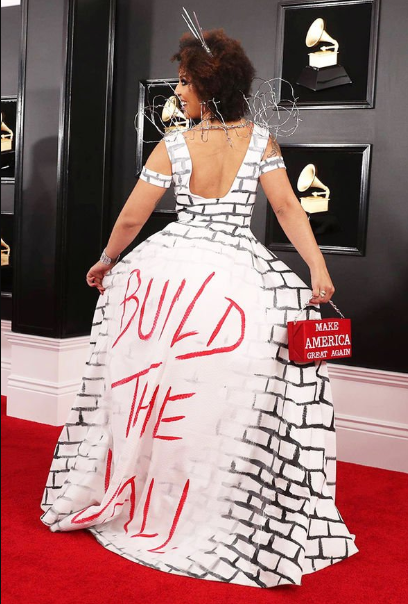