Meghan Markle’s half-sister, Samantha Markle has slammed the pregnant Duchess of Sussex after Meghan wrote a letter to their father in which she mentioned that she barely knew her half-sister.

Hitting back at Meghan in a tweet, Samantha claimed Meghan Markle would care about her if she had $600million.

Her latest rant comes hours after a letter Meghan sent to their father Thomas Markle was published in the Mail on Sunday.

In the letter which showed just how estranged Meghan and her father had become, the Duchess specifically hit out at Samantha, writing:

I pleaded with you to stop reading the tabloids. On a daily basis you fixated and clicked on the lies they were writing about me, especially those manufactured by your other daughter, who I barely know.

Shortly after the letter was published, Samantha took to Twitter to slam Meghan, calling her a narcissist. 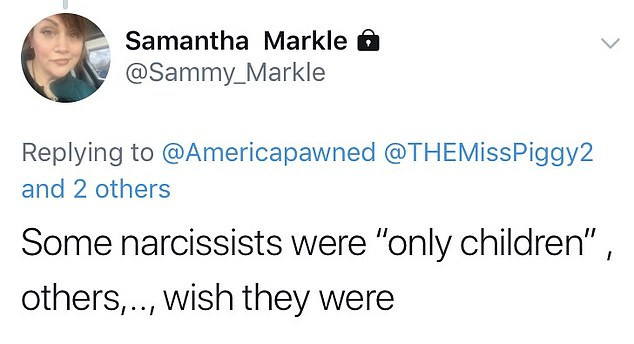 One follower, supporting Meghan, wrote that Samantha needs to help herself and stop expecting Meghan to do that.

Another, supporting Samantha replied: “Samantha should be black, then Me’again might care.” 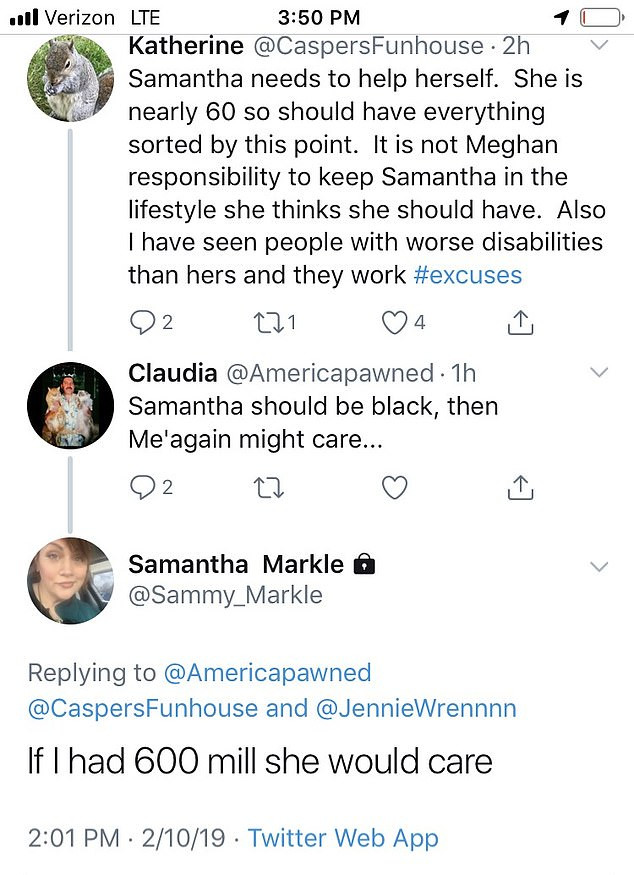 Samantha also exchanged words with  a Twitter user who accused her of changing her last name back to Markle to ‘cash in’ after Meghan became engaged to Prince Harry.

See the tweets below. 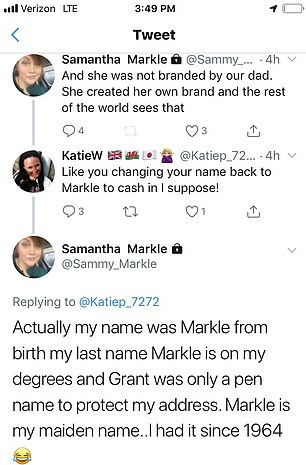 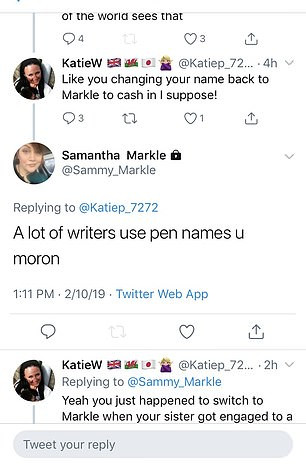 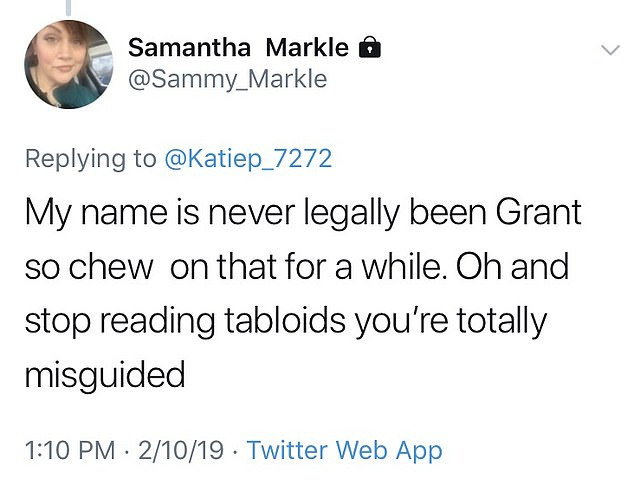