A Jamaican man who won a lottery turned up in a mask to claim his £1million prize.

The man, whose name was given only as A. Cambell, wore a mask similar to the one from the movie Scream to claim his winnings. He said he did so so as not to be recognized by money-hungry relatives who would expect him to share the money with them. 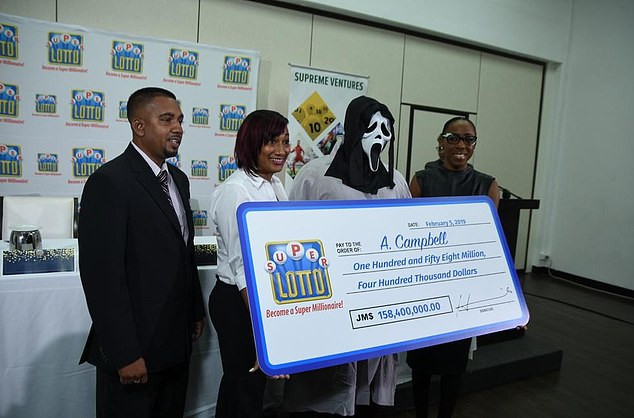 Mr Campbell won the lottery in November last year but waited 54 days to collect his $158.4 million ($1.17 million US) prize from the nation’s Super Lotto.

He said after winning the lottery:

Normally, I would write down the numbers from the [televised] draw, eat and then go and check my numbers.

I looked at my ticket [that night] and ran into my bathroom and said: ‘I won! I won!’

I want to get a nice house. I haven’t found it yet, but I’ll be looking for one soon. I like to handle money. I don’t beg, I don’t borrow.

So I’m looking at things that can turn over the money. I have a little business, so I plan to make it bigger, buy an apartment. I love to have money. 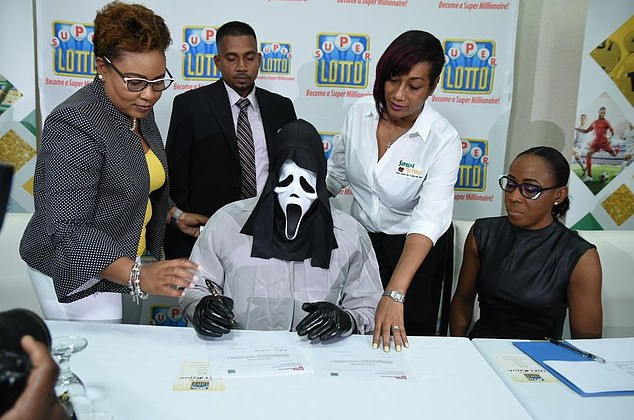 A. Cambell isn’t the first lottery winner to wear a mask while claiming his money. Lottery winners in the Caribbean country often wear disguises while collecting their prizes due to high levels of crime in the country, and fears that they will be hounded for money by family and friends. 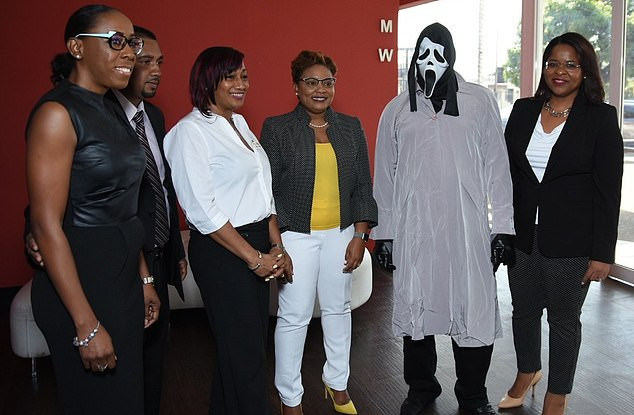