50 Cent has taken to Instagram to drag Floyd Mayweather for still supporting Gucci despite calls to boycott the company over the recent blackface scandal.

African Americans, especially stars like T.I and Spike Lee, called for people to boycott Gucci after they were accused of racism for creating a balaclava jumper that was made to resemble blackface.

But Floyd Mayweather publicly flouted the boycott and spent thousands of dollars as he went on a Gucci shopping spree on Monday night.

Mayweather explained that he went on a Gucci shopping spree because he refuses to let people tell him how to live.

Well, 50 Cent, who is his former friend turned enemy, wasted no time in calling him out for his lack of support for the boycott. The rapper told the boxer that he’s saying all the wrong things and adviced him to get a publicist. 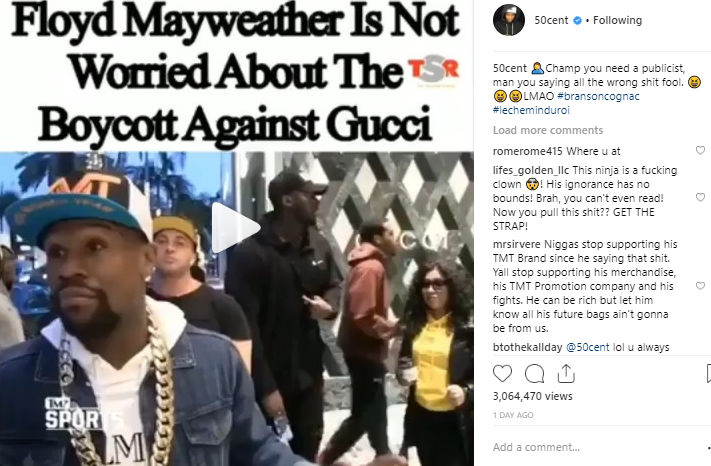 He also posted a meme of Floyd in the blackface sweater. 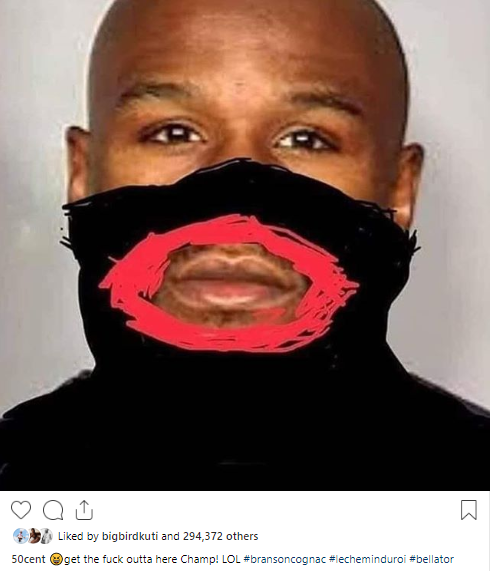 50 Cent also posted a video of someone burning a Gucci shirt and says he’s donating all of his Gucci to the homeless because he won’t wear the brand anymore. 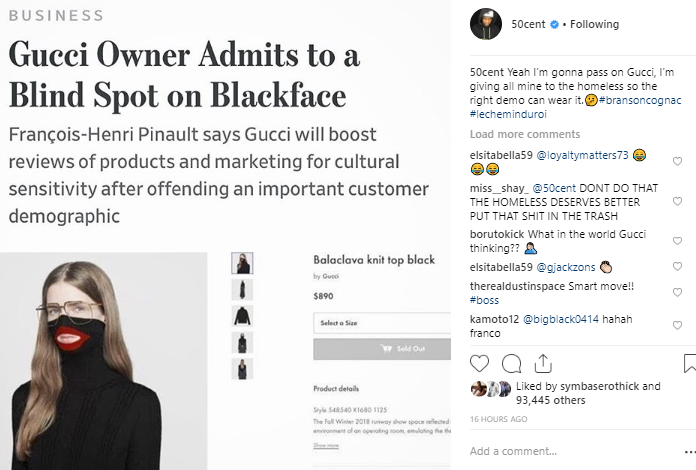 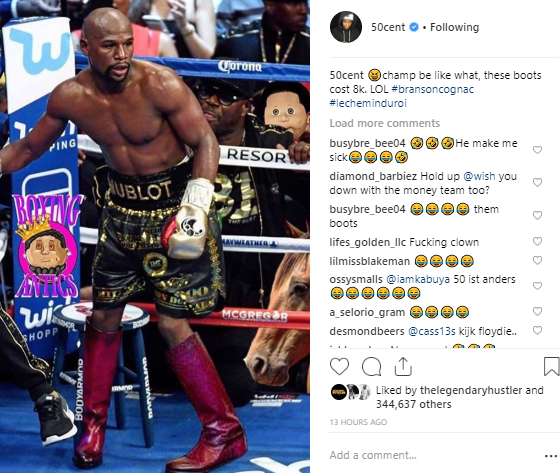