Comedian Michael Blackson puts all his Gucci belongings up for sale

Michael Blackson has put all his Gucci brand up for sale following the recent blackface scandal.

The Ghanaian-American actor/comedian joined other celebrities like 50 Cent to boycott Gucci after they were called out for being racist because of their balaclava jumpers which people say was made to look like blackface.

I’m not going to 50 cent them but they are up for auction and all proceeds will go towards single mothers from my ig live. If you wear 9.5-10 you will fit them. Let’s start the bids at $100.

By saying, “I’m not going to 50 Cent them”, Blackson was making reference to 50 Cent who burned a Gucci shirt in protest. 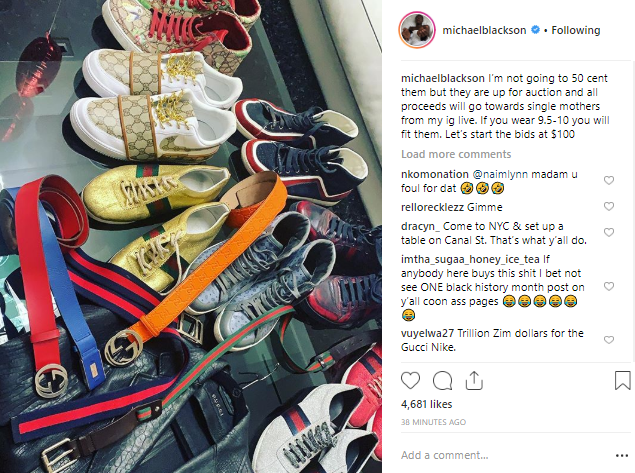