A 15-year-old schoolgirl was struck by a train and killed as she was looking at her phone while crossing a track.

Evie Wright was walking across a level crossing where a footbridge was supposed to have been built 20 years ago. She went through a gate on the pedestrian path across the track in Worle, Somerset. A child who witnessed what happened described seeing Evie with her head down. She ‘kept looking down at her phone, like she was checking the time’ before being struck by the train.

The witness, who did not know Evie, told an inquest into her death:

The train was quite far away, past the bridge, but I could see it getting bigger as it approached, so I stopped and waited.

The girl kept looking down at her phone, like she was checking the time.

I heard a loud crash as the gate opened and closed behind her, and she looked to be moving vigorously across the track.

She was on the track looking at her phone, and then she leaned forward as if to see the train.

I instinctively closed my eyes, and when I opened them about ten seconds later, I could see her lying face down on the track, and the train was stopped.

I saw her looking up at me as she stepped towards the crossing. There was nothing I could do to stop my train at such a short distance. I saw the girl hunch down as though bracing herself, and then I felt the impact as the train hit her.

Evie was said to have ‘loved life’. Earlier that day she had sent friends a message with a picture of a dress she was planning on wearing at a sleepover. The coroner found no evidence that she intended to take her own life. 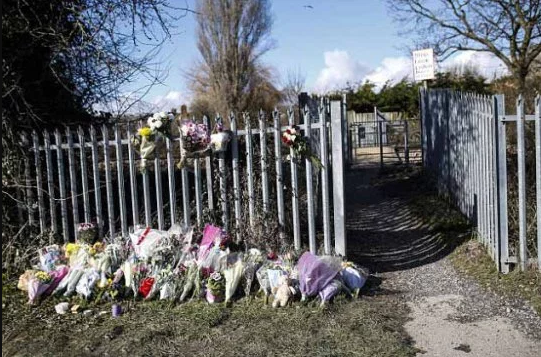 Whilst all this is going on in the background, children are trying to cross this crossing. Our daughter is not the first to die like this. I am disappointed in the people responsible for this, and I would like to request something is done as soon as possible.