Photos of a physically challenged vulcanizer in Kogi State

“He is handicapped physically but his mind is by no means incapacitated. I had just brought my car to his workplace to have my tires gauged. He quickly and adeptly got down to business. His actions almost didn’t show any form of incapacity and I was marveled,” the Facebook user said.
“He emphasized that he would close down his shop until he has performed his civic responsibility.

Now if a physically challenged man can think intelligibly like this, what stops you who is fit physically? I mean you are not stupid now so I expect you not to behave stupid” 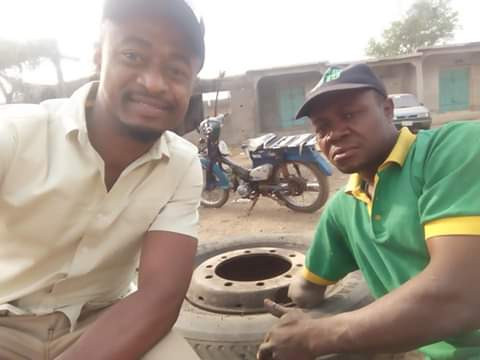