The South African government has slammed the International Association of Athletics Federations (IAAF) over their plan to classify intersex Olympic champion Caster Semenya as a ‘biological male’ at a Court of Arbitration of Sports hearing next week.

This comes after The Times reported that lawyers for the athletics’ international body will argue that the 28-year-old South African should be allowed to compete in women’s events if, as transgender athletes do, she and other so-called ‘hyperandrogenic’ athletes or those with ‘differences of sexual development’ (DSD) will have to take contraceptive pills to lower their testosterone levels below a prescribed amount.

Reacting to the IAAF’s plan, South Africa’s Sports Minister Tokozile Xasa described the rules as ‘discriminatory’ as she launched a campaign in support of hyperandrogenic athletes. 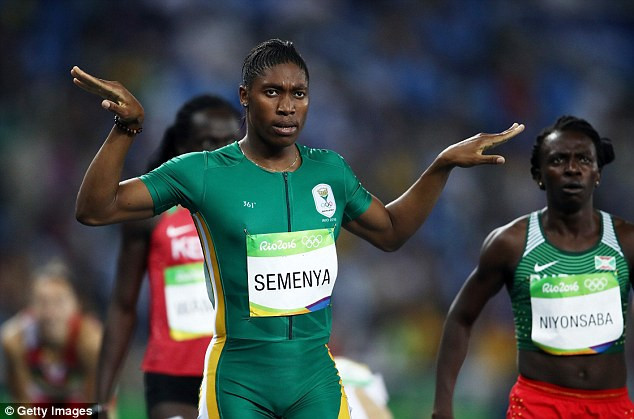 ‘These regulations appear to be specifically targeting Caster Semenya,’ she told a news conference.

‘What’s at stake here is far more than the right to participate in a sport. Women’s bodies, their wellbeing, their ability to earn a livelihood, their very identity, their privacy and sense of safety and belonging in the world, are being questioned.

‘This is a gross violation of internationally accepted standards of human rights law.’

The government on Friday launched a campaign dubbed#NaturallySuperior in a bid to drum up international support.

‘The world once declared apartheid as a crime against human rights. We once more call people of the world to stand with us as we fight what we believe is a gross violation of human rights,’ the minister added.

She called on individuals and organisations ‘intolerant of discrimination’ to add their voices to a movement ‘that condemns these discriminatory IAAF regulations which in their nature seek to unfairly exclude other sections of society from competing in sport,’ she said.