Former presidential candidate of the Allied Congress Party of Nigeria, ACPN,Oby Ezekwesili who backed out from the 2019 presidential race has again stated that she withdrew from the race to uphold her Core Values and didn’t let the country down.

The former Education minister had taken to Twitter to react to the postponement of the presidential election and poor treatment of Corpers across the country when a Twitter user attacked her for letting the country down.

While responding to the Twitter user, she wrote: ‘Ha, my dear young one, this  your tweet is neither based on knowledge nor facts o. I withdrew from the race to uphold my Core Values. That’s not “a let down of my country” o, except of course in the eyes of those people who do not care for the Values that I hold dear and live by.’ 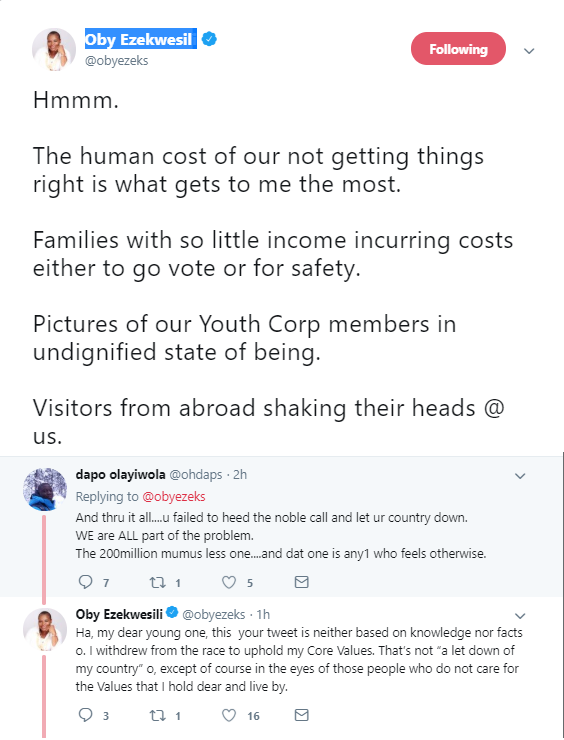