A woman wanted to be with her boyfriend on Valentine’s day, so she came up with an ingenuous plan to deceive her parents and make her Valentine’s day plan possible

What we do for za D!

So couple of years back, we were on strike during Valentine. Not general ASU strike o. Yeye EBSU strike. Those people can like to strike for nonsense.

An acquaintance had a boo staying in Lagos that she wanted to spend the Val’s day with. Actually she had other boos but that one dey bring out cash like say tomorrow no dey. But how could she travel for the Valentine’s day when her very strict popsy dey house?

She couldn’t lie and say the strike was over cos her brother also attends the same school. What would she tell him? Which excuse you wan use travel for Valentine when you dey strike?

So babe came up with a plan.

From the money bobo send am, she went to a printing press and printed a wedding invitation card. Just a sample. She came back and showed it to her parents. She told them Ngozi, her best friend in the secondary school was getting married on the 15th of February in Lagos and she was one of the bridesmaids.

3 days later she went to the market and bought some materials and came back and told the house the phantom best friend sent her the material for asoebi through Onitsha Mass.

Her folks believed her. Even gave her money for transport. She sewed it, got ready and on 13th, she left to Lagos for the wedding.

After spending the Valentine’s day with the man, on the 15th they went to the market. They bought chinaware, food flask and some plastics. They also bought stickers, printed Ngo weds Ben on it and slapped it on the gifts as souvenir.

They then crashed a wedding where she took pictures with a group of people standing next to the bride and groom and other random pictures. She made sure to wear that particular asoebi gown she sowed.

She came back on the 16th with the pictures and souvenir as evidence of the wedding she attended and nobody suspected pim.

After the strike when she was gisting us the story, we touched the hem of her leggings so the anointing go enter our body. Bow down when you see innovation.

She’s been married for over 5 years now and not to the Lagos guy. 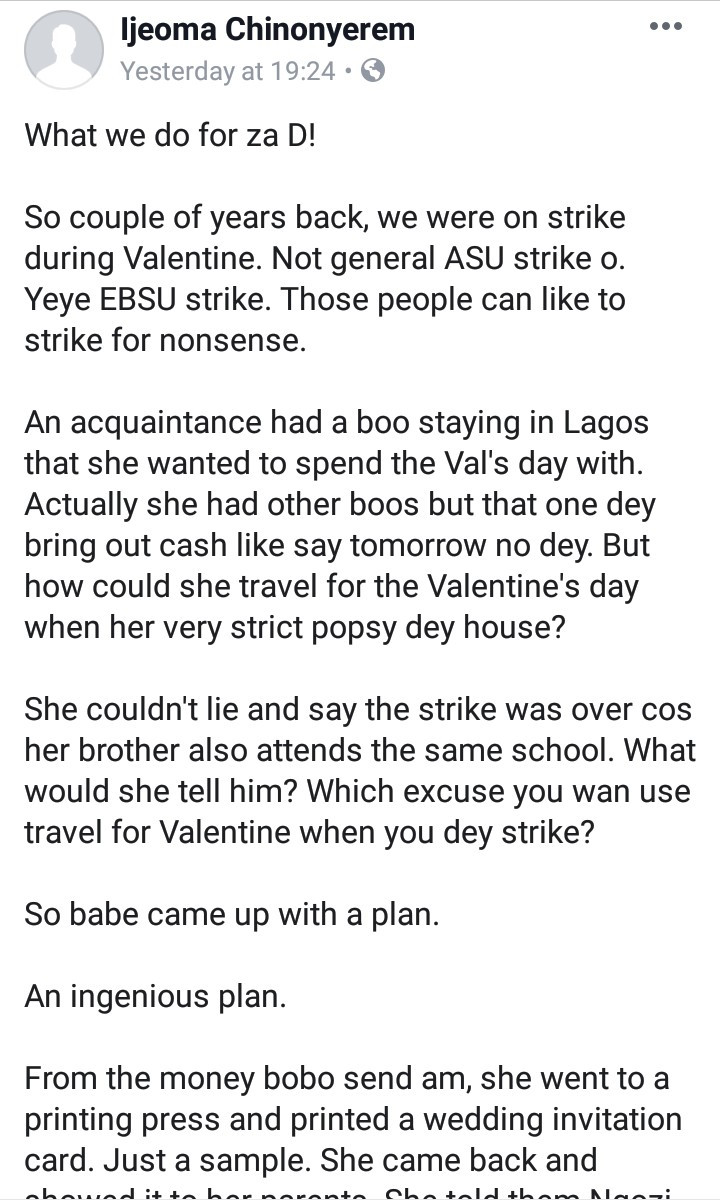 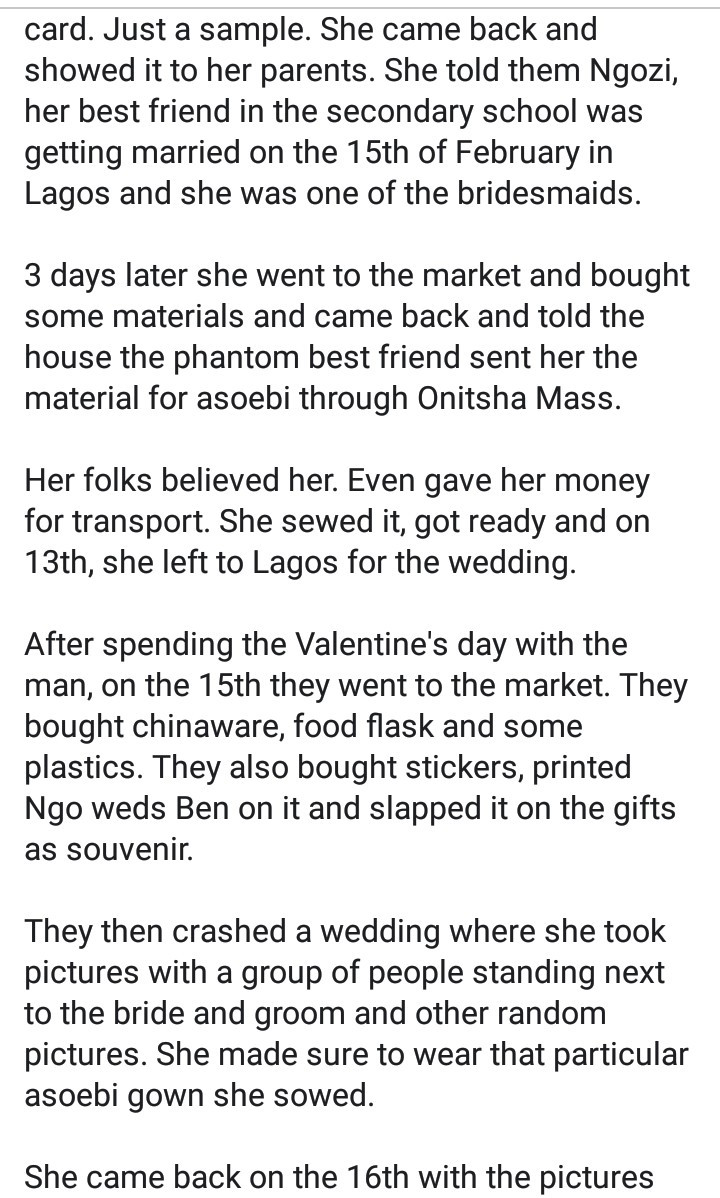 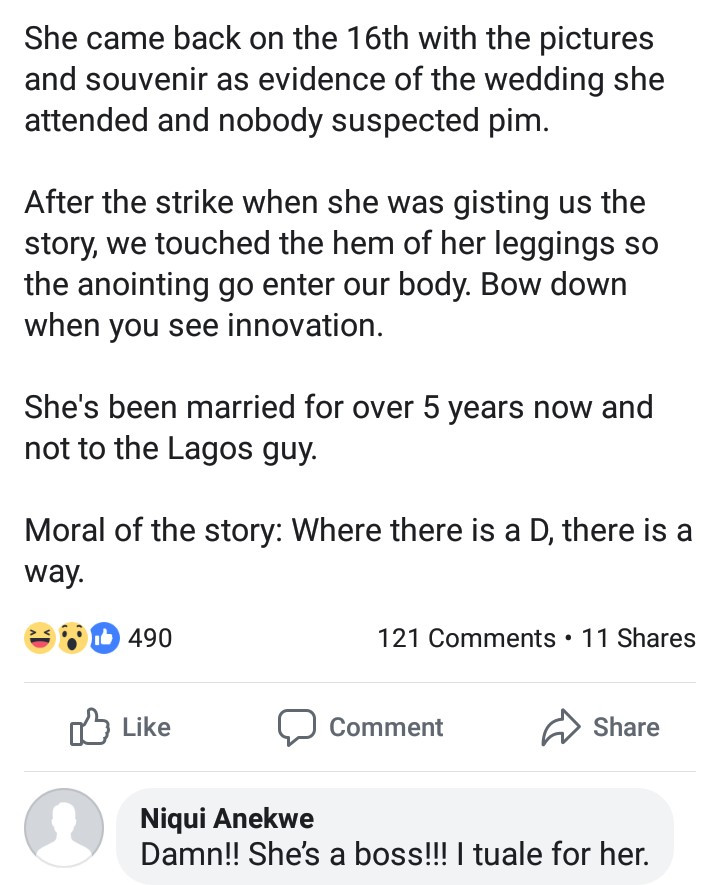