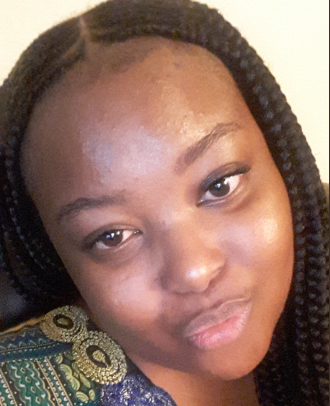 A radio host living with HIV told the story of how she was raped from age 5, lost her womb, and became HIV positive.

I was molested at the age of 5 and raped twice (once by a policeman).I did 3 abortions,lost a son at 16, dropped out of matric,diagnosed HIV positive and lost my womb in my early 20s.Currently living with depression and a kidney disease. What matters is, I’M STILL HERE! 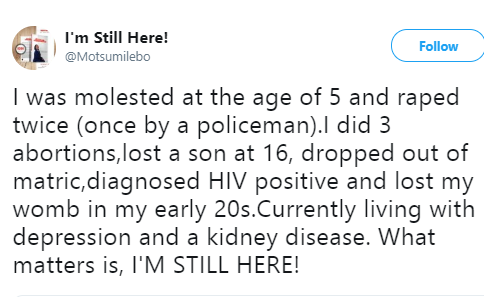 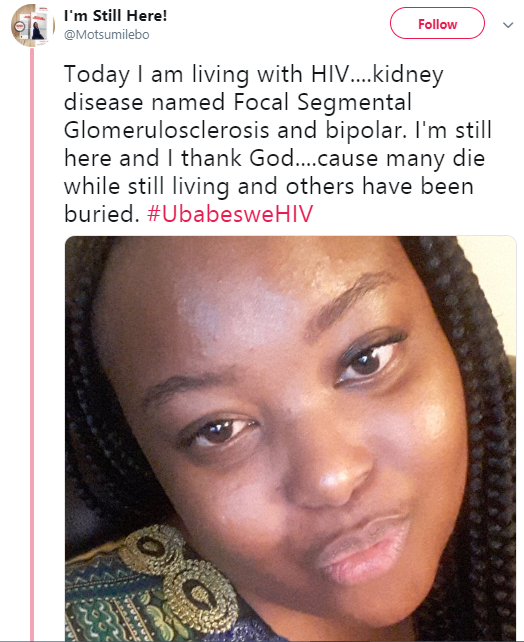