At least two persons were reportedly killed following the violence that broke out at the Independent National Electoral Commission office in Obot-Akara Local Government Area of Akwa Ibom State.

The incident which resulted in the burning of many vehicles was said to have occurred after some thugs invaded the office where party agents and supporters were waiting for the delivery of sensitive materials from Uyo, the Akwa Ibom State capital before the election was postponed.

Below are some more photos from the scene of the incident. 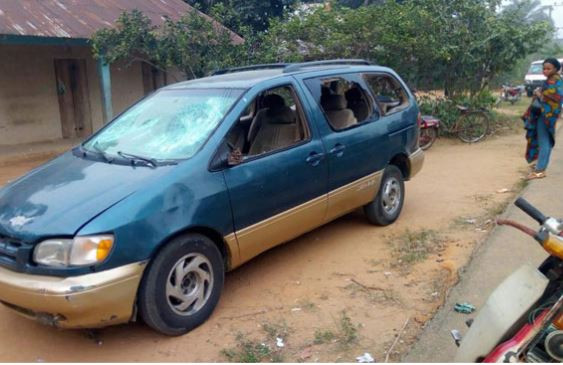 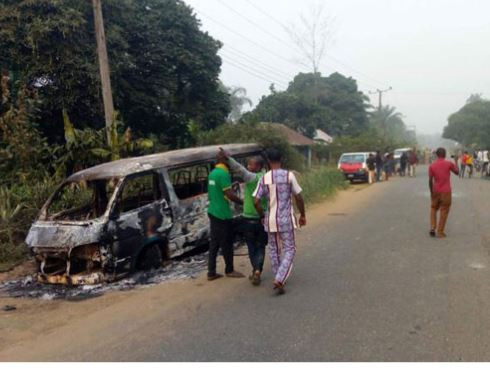 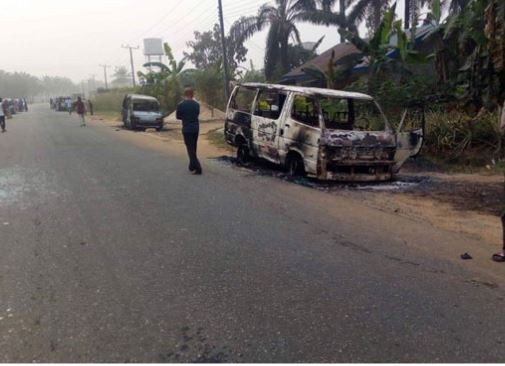