Five Boko Haram terrorists were killed as they attempted to ransack a military base at Buni Yadi, in Gujba Local Government Area of Yobe State.

According to army spokesman, Sagir Musa, the terrorists struck at about 06:05pm on Saturday 16 February. The terrorists stormed the military base with four gun trucks, one Mine Resistant Ambush Protection,one MOWAC and assorted arms and ammunition,  were outgunned by the vigilant Nigerian troops.

However, four Nigerian soldiers, including an officer died in the crossfire. Five soldiers were wounded. One of the soldiers has been identified as Shedrack Godwin. His friend, Christian Agboeze posted his photos on Facebook and wrote:

“Rip Bro… Who will be buying me plantain now…. Shedrack Godwin you left so soon..
You died as a hero saving this country
Team 18:77 miss you
I will miss you bro”

Meanwhile, the wounded are stable and are receiving treatment in the Brigade Field Ambulance. 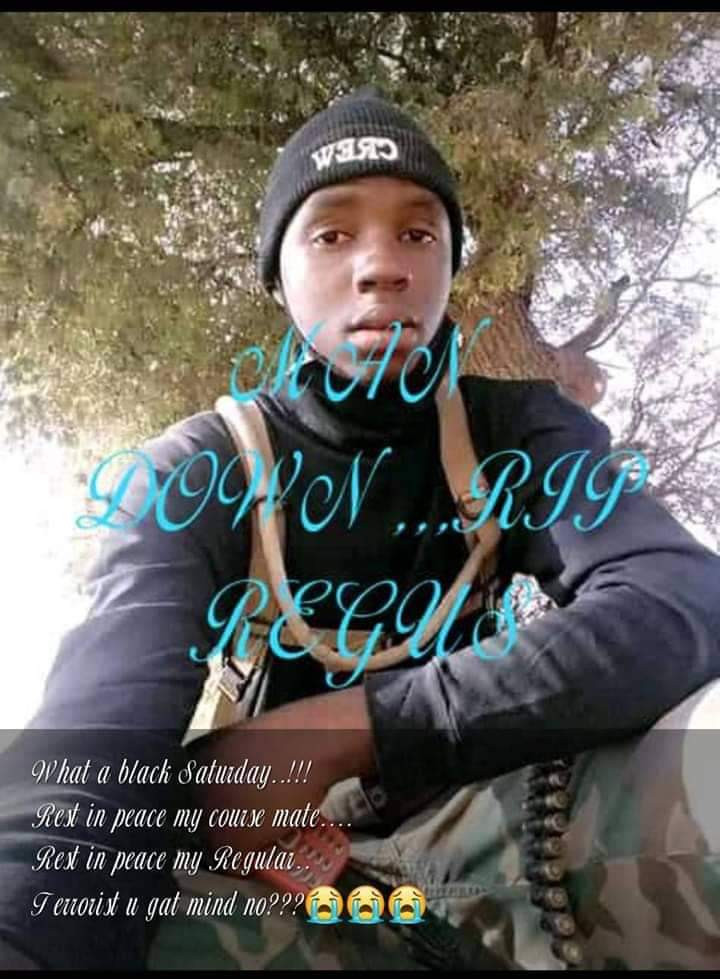 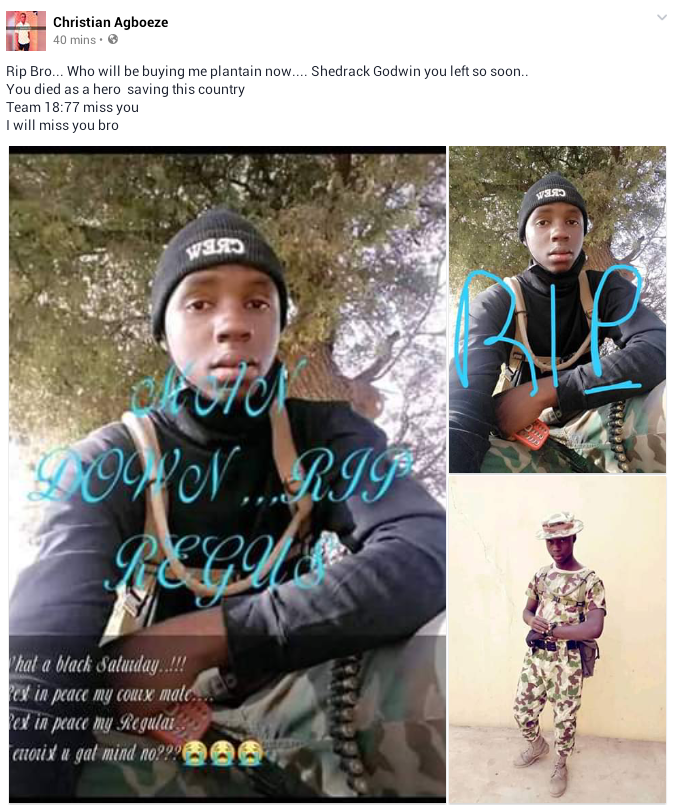