This picture above shows slain rapper, Nipsey Hussle posing with a fan’s child just moments before he was murdered outside of his clothing store, in the Hyde Park neighborhood of  LA, south of the Crenshaw area on Sunday.

Also, the day before he was murdered, Nipsey was pictured smiling, posing and greeting people at West Regional NCAA March Madness basketball elite 8 game between Texas Tech and Gonzaga in Anaheim, California. 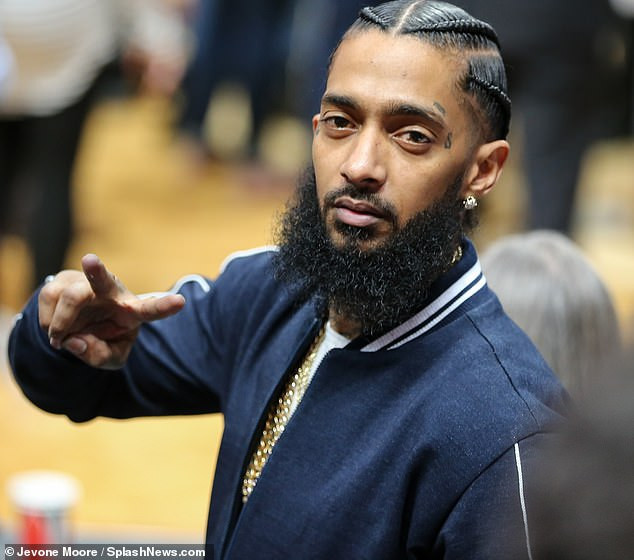 No one has been arrested yet, but it’s revealed his death was ‘likely gang-related,’ while others believe he was killed over a documentary he was working on about a herbalist who claimed to have cured AIDS. 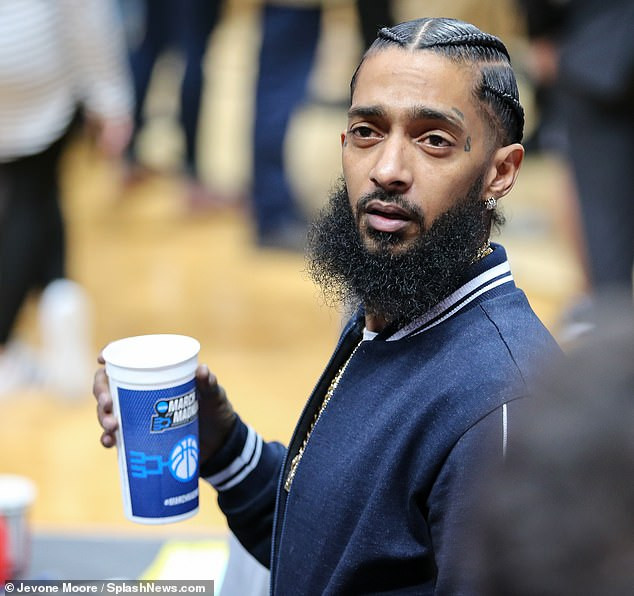 The 33-year-old is survived by a son with actress Lauren London and a daughter from a previous relationship. 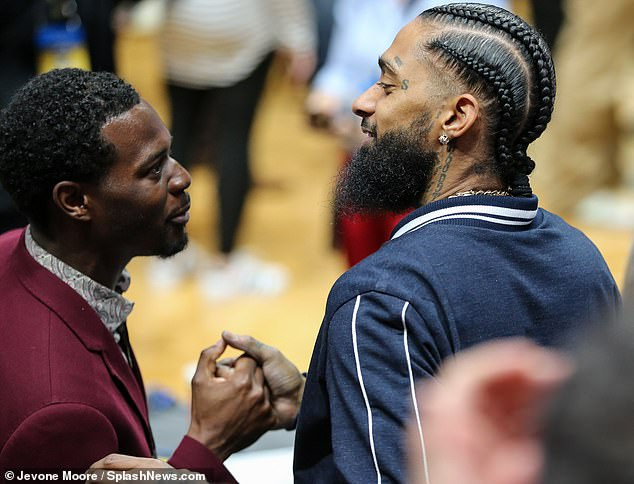 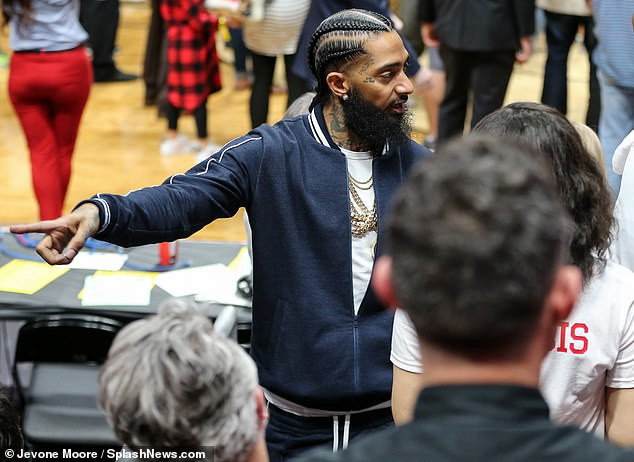