Several people were injured last night at a vigil for the late Nipsey Hussle, the LAPD confirms.

The below video shows a crowd running from the scene of the vigil. Fire Department spokeswoman Margaret Stewart told the AP that several people appeared to have sustained trampling injuries. Law enforcement sources also said one person was stabbed at the scene.

“We do have injured in the chaos and are attempting to restore order,” the LAPD said in a statement before asking the public to clear the area.

Nipsey was shot dead outside his Marathon Clothing store in Los Angeles on Sunday, March 31. At 6 p.m. Eastern today, investigators said that the rapper died from gunshot wounds to his head and torso. An outpouring of memorials came from artists including Rihanna, Drake, Chance, Kendrick, Beyoncé, Donald Glover, Cardi B, Pusha-T, Pharrell, J. Cole, and more. 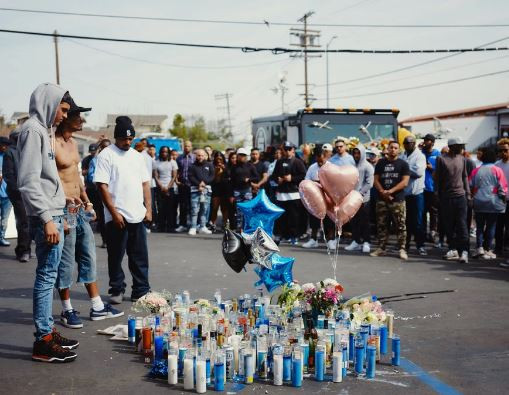