The 37-year-old mother of three shared a child shot of the slain rapper whose real name was Ermias Asghedom and wrote: ‘I’m praying with every ounce of my heart for your family,’ Beyonce wrote, adding, ‘Rest In Peace, Nipsey.’ 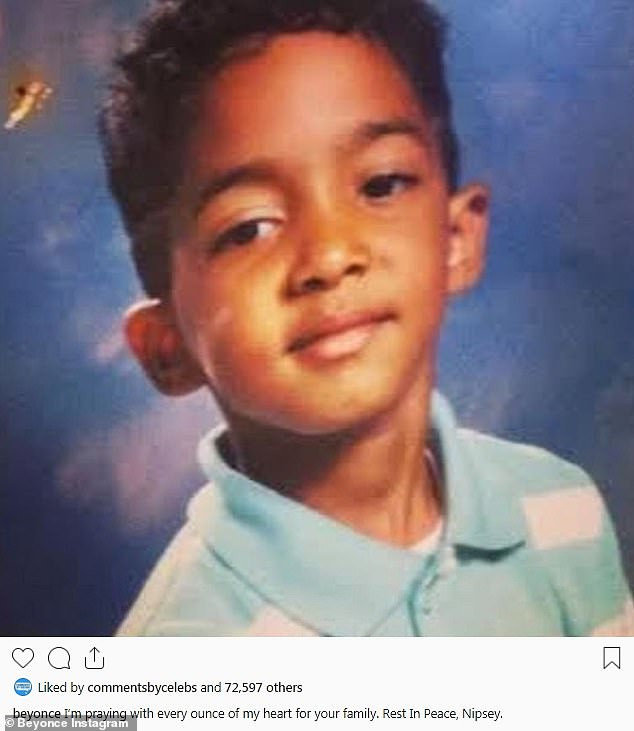 Nipsey was shot multiple times outside of his clothing store, Marathon Clothing Company in the Hyde Park neighborhood of  LA, south of the Crenshaw area on Sunday.

This morning, the Los Angeles Police Department (LAPD) declared a man named Eric Holder wanted for homicide in the shooting of the rapper.