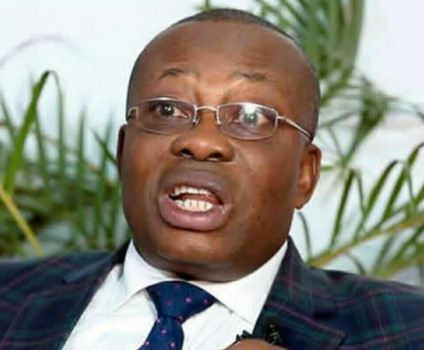 The Economic and Financial Crimes Commission, EFCC, has reacted to a statement by the Nigerian Bar Association, NBA, entitled, NBA Condemns The Unlawful Detention of Monday Ubani by EFCC, Demands Immediate Release,” wherein it condemned the Commission for allegedly refusing to charge to court or release one of its members, Monday Ubani.

The statement signed by the National Publicity Secretary of the Association, Kunle Edun, and syndicated in sections of the media today April 2, purports that Ubani is still being detained despite the order of Justice Sylvanus Oriji of the Federal High Court, for the EFCC to “charge Monday Ubani, a former 3rd Vice President of the NBA and his co- applicant to court on or before Friday, 28 March, 2019… or release them on bail”.

“It has been 3 days after the order of the court was made and the EFCC has characteristically shown daring disobedience to the order of court by refusing to release Monday Ubani on bail or charge him to court,” the association said. And then the clincher, it added that “the agency’s penchant for disobedience to orders of court is an ominous threat to rule of law and impacts negatively on Nigeria’s investment environment”.

It is regrettable that the NBA opted to vilify the Commission over a purported order that is based on an ex parte motion by Mike Ozekhome, SAN, Counsel to Ubani, without any objective attempt at reviewing the facts of the case between the EFCC and Ubani.

Unknown to the bar leadership, there are, at least, three different motions before the court on this matter. The applicants have a pending motion on notice for bail. They also filed a motion ex parte for bail. All the Commission is waiting for are dates for the motions to be argued.

The NBA must be mindful not to succumb to the wiles of members whose conducts detract from the lofty ethical standards of the bar.

Instead of rebuke, the Commission expects the NBA to remonstrate with Monday Ubani for flouting one of the time honoured rules of professional conduct by legal practitioners, which forbids lawyers from standing surety for their clients. Rule 37(1) of the Rules of Professional Conduct, states: “where a lawyer undertakes the defence of a person accused of a crime, he shall exert himself, by all fair and honourable means, to put before the court all matters that are necessary in the interest of justice, but shall not stand or offer to stand bail for a person for whom he or a person in his law firm is appearing.”

By standing surety for Dr. Ngozi Olojeme, former Chairperson of the National Social Insurance Trust Fund (NSITF), his client and suspect in a fraud case before the Commission, Ubani is liable for misconduct, for which the EFCC expects the NBA disciplinary committee to take appropriate action.

Contrary to the attempt to portray the Commission as one that thrives on impunity, Ubani has already been brought before the court by the EFCC. This fact is reflected in the statement he made to the Commission on September 13, 2018 wherein he stated: “Today, we were in court and my role in the whole saga was explained to the court and the court adjourned the matter to 6th of December, 2018.”

By “the saga”, Ubani is referring to his role as surety for his client, Dr. Olojeme, a prime suspect in the N68billion NSITF fraud. Olojeme and a former Managing Director of the agency, Umar Munir Abubakar allegedly mismanaged and diverted into personal accounts the total sum of N50billion Employee Compensation Scheme (ECS) funds paid in by Ministries, Departments and Agencies and other companies since 2011 and another N18billion, being contribution by the Federal Government as take off grant to the NSITF.

Following investigation into this fraud, which coincided with the dissolution of the NSITF board in 2015, Olojeme fled the country. She was placed on a watch list for over a year while other suspects in the case were arrested and questioned. A 26-count charge bordering on criminal breach of trust, abuse of office and diversion of public funds was filed before a Federal Capital Territory High Court in charge No. CR/365/17 against the defendants with Olojeme listed as being at large at the time.

However, on December 18, 2017, Olojeme turned herself in, and was interviewed and subsequently released on administrative bail on January 2, 2018, to two sureties namely, Monday Ubani and Hon. Christopher Enai. The sureties as part of the bail bond, agreed to forfeit to the federal government the sum of N1billion each, should they fail to produce Olojeme whenever she was needed.

After she reported to the Commission, the charge was amended to include Olojeme. However before the next date of arraignment she fled the country. The sureties were called several times, the last being March 19, 2019, to produce her but failed. Consequently, the Commission filed a recognisance process against them on March 21, 2019 at the FCT High Court 7, Apo, Abuja which they have duly responded to by filing preliminary objection.