The Kaduna State Police command has reacted to media reports that over 30 people were  kidnapped along Abuja-Kaduna expressway yesterday.

‘The attention of the Kaduna Police Command has been drawn to a fake story going round on social media to the effect that about thirty (30) people have been kidnapped along Abuja-Kaduna expressway yesterday and their vehicles abandoned by the road side’ the command tweeted.

Adding that, ‘the Command wishes to unequivocally refute the story as fake fictitiously fabricated by some unpatriotic elements to create panic in the minds of unsuspecting citizens who ply the road for their legitimate businesses’. 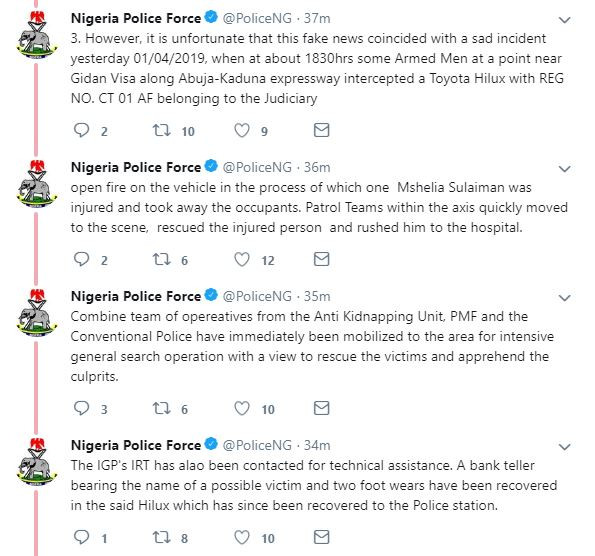