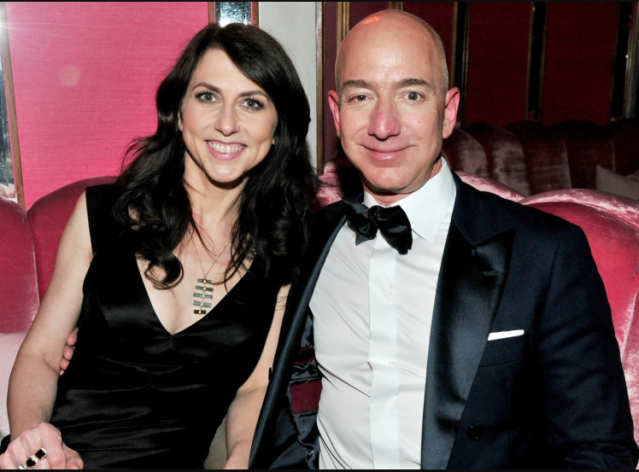 Following her divorce from the World’s richest man and  Amazon founder Jeff Bezos, MacKenzie Bezos will be the fourth-richest woman in the world.

She will be worth at least $35 billion after receiving a quarter of Bezos’ Amazon shares. That will give her a 4% stake of Amazon (AMZN), according to a court filing pending approval of their divorce.

MacKenzie Bezos will be the 23rd richest person in the world on the Bloomberg Billionaires Index, Bloomberg reported late Thursday.

The richest woman in the world is L’Oreal heiress Francoise Bettencourt Meyers, with a net worth of $53.7 billion, according to Bloomberg. The second wealthiest woman is Alice Walton, the billionaire daughter of Walmart’s founder. Her net worth is $44.2 billion.

In third place, with a net worth of $37 billion, is Jacqueline Badger Mars, a co-owner of the candy empire.

On Wednesday, Jeff Bezos and his estranged wife MacKenzie Bezos who have four children together confirmed the end of their 25 years marriage and said they were ‘grateful’  after finishing the process of their divorce.

Jeff, 55, will keep 75 percent of their Amazon stocks, leaving MacKenzie, 48, with just a quarter which represents a four percent stake in the company worth around $32billion at current value.

Jeff Bezos will also retain voting control over all MacKenzie Bezos’ shares and will also maintain all his interests in the Washington Post and Blue Origin, a private space company. He remains the world’s richest person on the Bloomberg Billionaires Index, with a net worth of $114 billion.