Fire breaks out at Notre-Dame Cathedral in Paris

The famous Notre-Dame cathedral in Paris was on fire and it spread rapidly across the building.

Efforts are being made to tackle the fire which broke out on Monday afternoon, but, so far, the cathedral’s spire and roof have collapsed.

A spokesman for the cathedral said the whole structure was “burning”.

“There will be nothing left,” he said. “It remains to be seen whether the vault, which protects the cathedral, will be affected or not.” 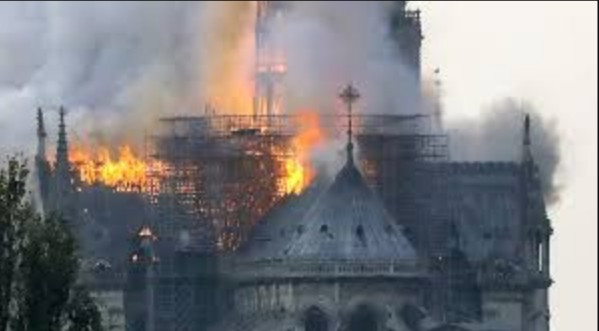 The flame attracted hundreds of spectators who gathered around the 850-year-old building to observe the flames in silence.

French President Emmanuel Macron, who has arrived at the scene, said his thoughts were with “all Catholics and all French people.”

Mr Macron has cancelled his planned speech to the nation following the fire, an Élysée Palace official said. 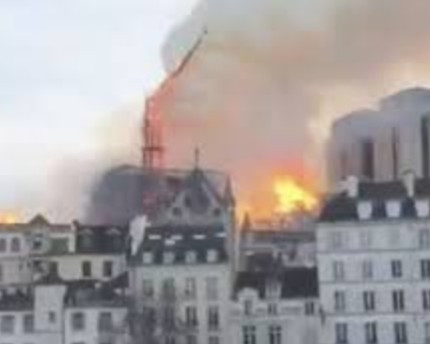 He said: “For 800 years the Cathedral has watched over Paris.

“Happy and unfortunate events for centuries have been marked by the bells of Notre Dame.

“We can be only horrified by what we see”. 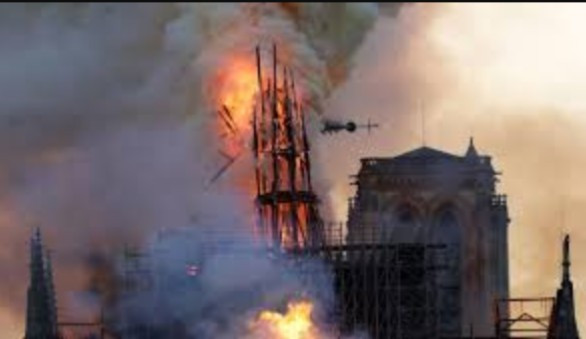 The cause of the fire is not yet clear, but officials speculate that it could be linked to renovation work.