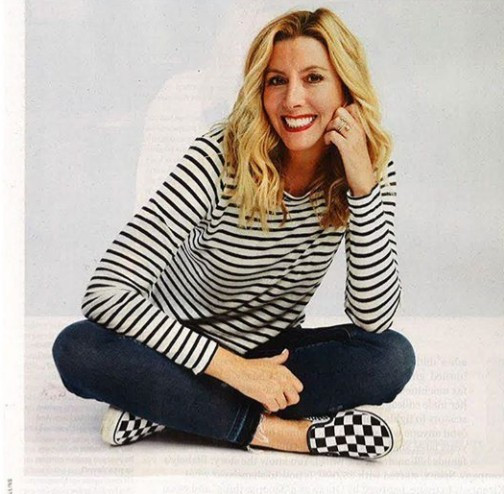 Sarah Blakely, the founder of Spanx has revealed one advice her father gave her which proved very useful in her life.

The billionaire business woman said her father once told her that “marriage is the most important decision of your life, but it should be the easiest.”

She said she argued with her father about the advice and resisted marriage for a long time. Until she met her husband and the advice made sense. 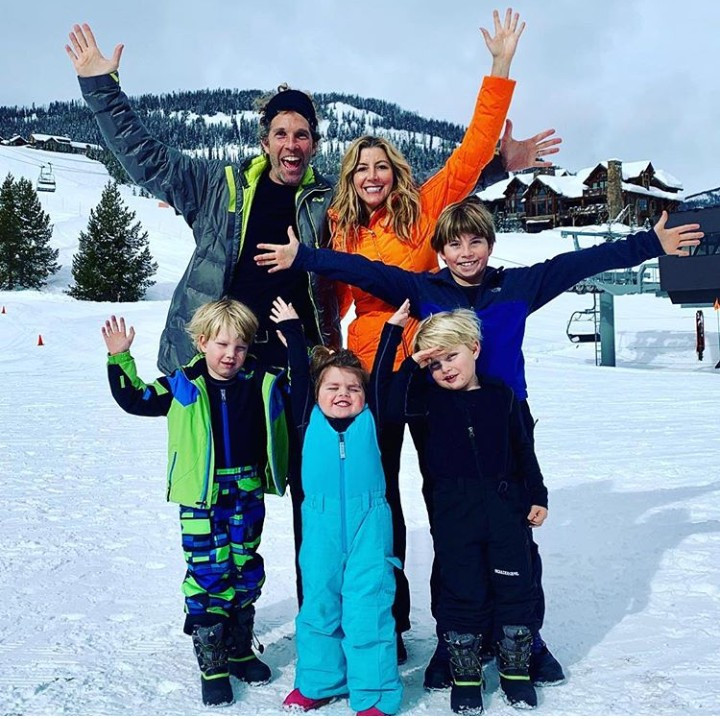 Sarah Blakely shared a screenshot of an article O’s editor at large, Gayle King, featured her father’s advice in and she wrote in the caption:

Every time I see Gayle she flashes me her @spanx! Thanks for the top 10 shoutout Gayle. It’s true… my dad used to say, “marriage is the most important decision of your life, but it should be the easiest.” I would argue with him… “But dad if it’s the most important decision there’s no way it’s going to be the easiest..” …. until I met Jesse. I was 37 years old when I finally got married. I spent a lot of time before Jesse in relationships wondering, should I? Shouldn’t I? Is this right? Isn’t this right? And then I met Jesse and it was like, oh hi. Of course I’ll marry you. #EasiestDecision #Marriage #10yrs#4kidsLater @jesseitzler
@gayleking @forbes @oprahmagazine 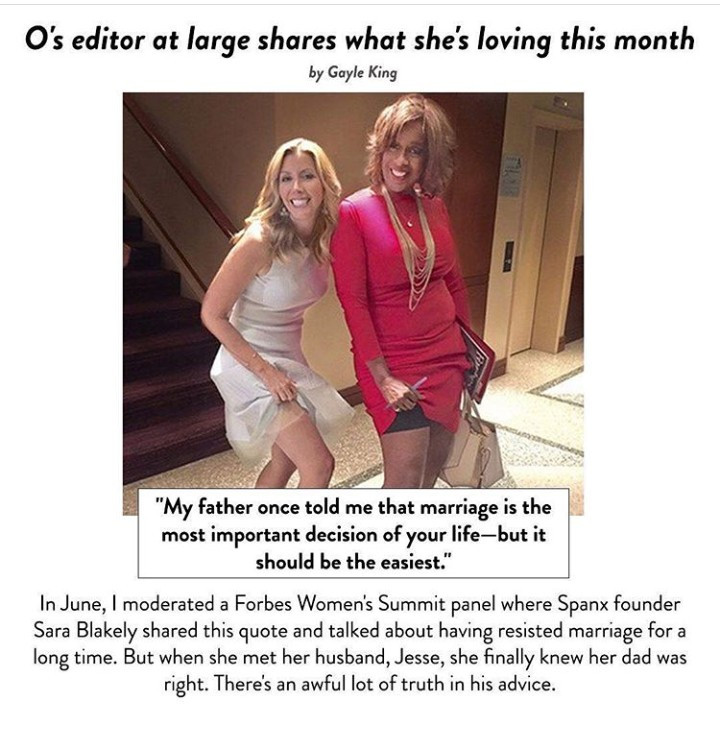 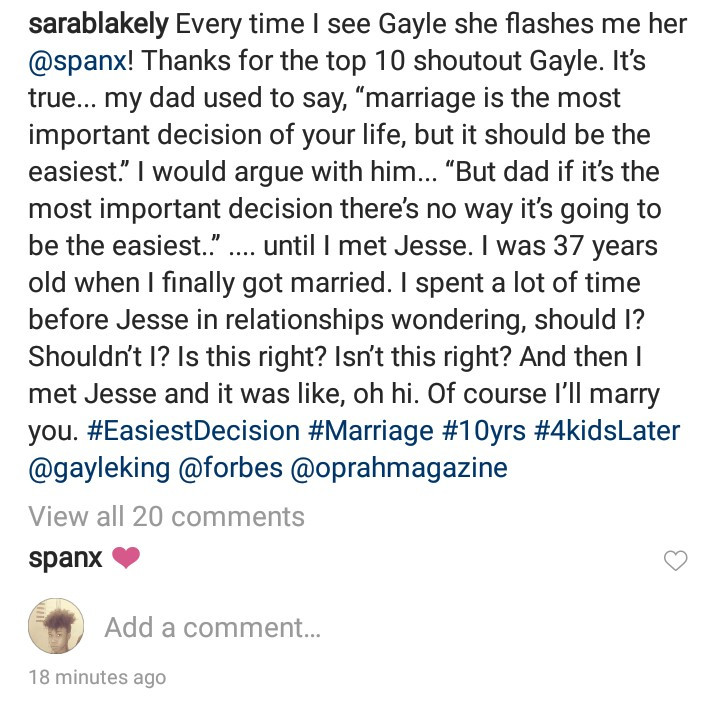