A debate is currently going on on Twitter after a Rwandan basketball player proposed to his girlfriend on the basketball court in front of fans and basketball lovers.

Some Twitter users have stated that there is nothing wrong with public proposals while others stated that a marriage proposal a private matter that should be done in private. 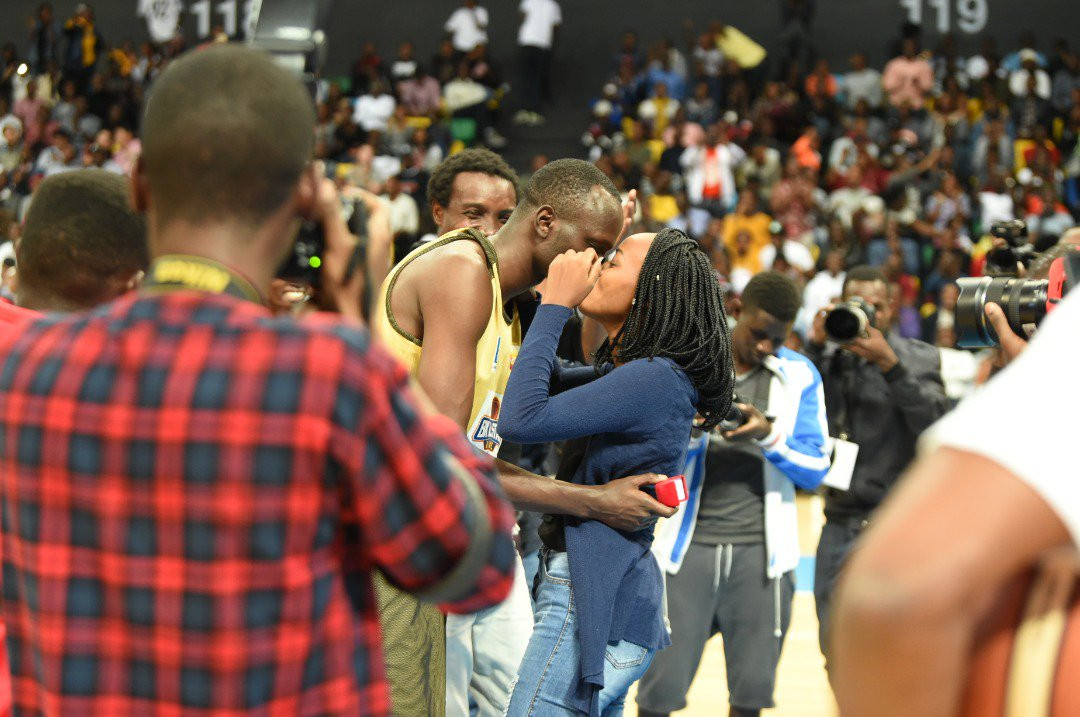 Kigali Arena was full to capacity when Rukunso Fabrice went on one knee, brought out a red velvet box with a ring in it, and asked his girlfriend to marry him at the Basketball All Star Game.

The proposal went viral and Rwanda Basketball Federation, FERWABA,  reacted to it. 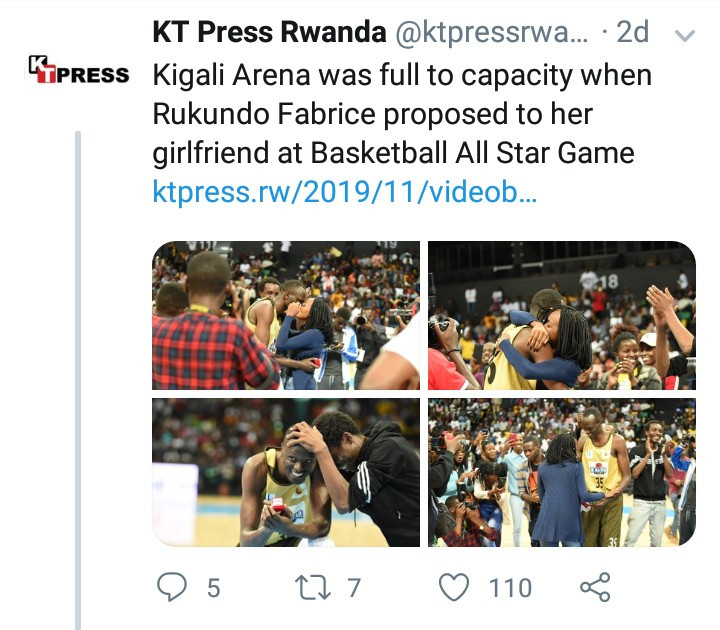 FERWABA said a proposal is a private thing and shouldn’t be done on a professional court. They added that “FERWABA policy does not permit interruptions to games.” 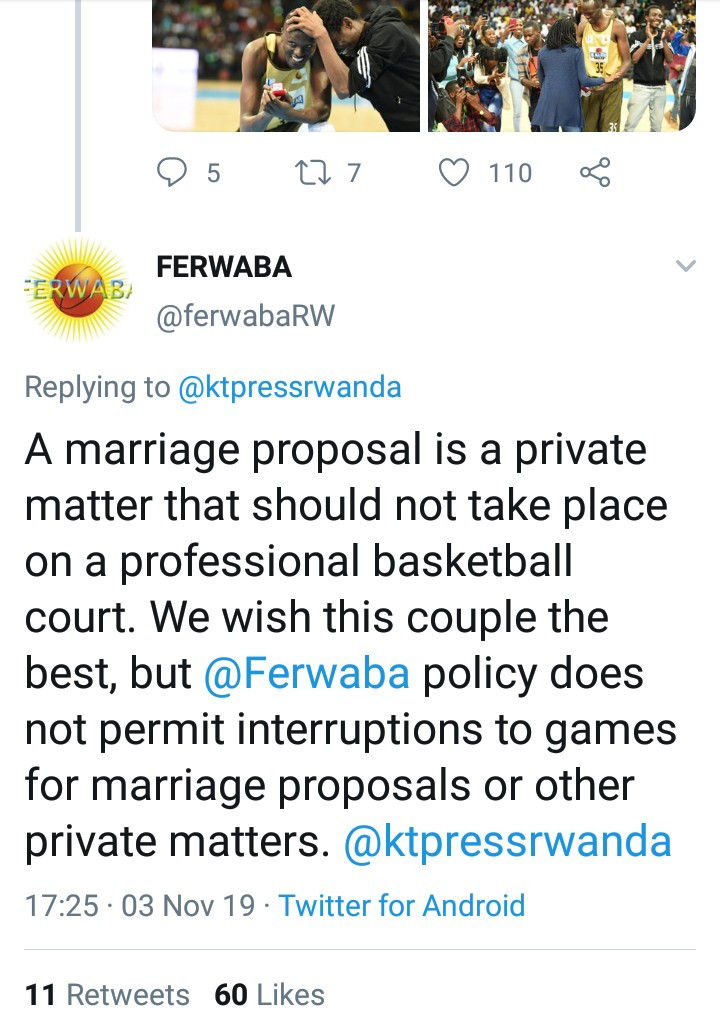 But people did not agree and they took sides with the basketballer and said the proposal was their highlight of the event.

See some reactions below. 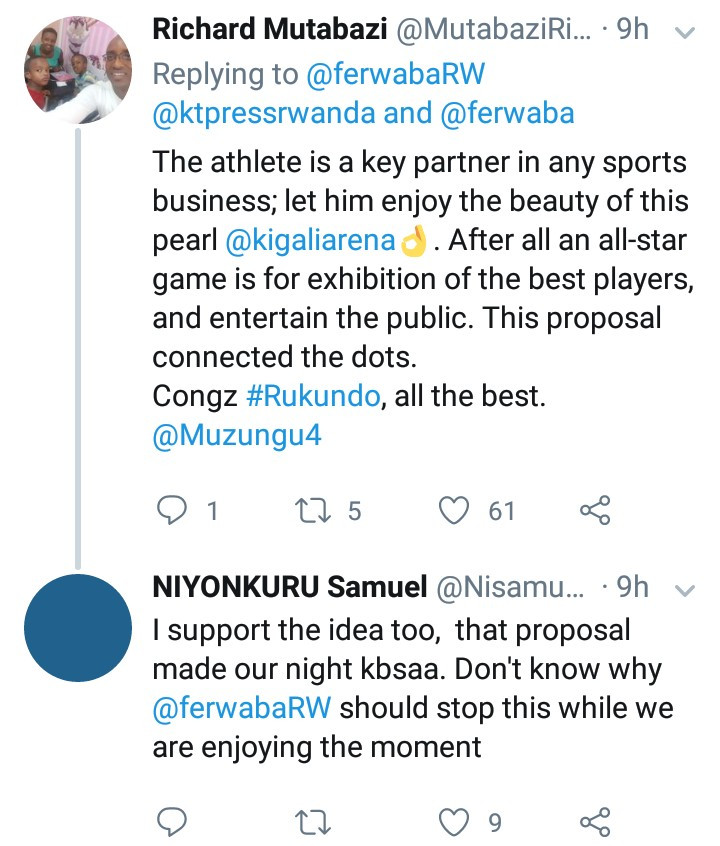