US president Donald Trump has come out to criticize Fox News, the billionaire business man’s favorite TV network after the media giant released new polling showing that almost 50% of Americans wanted him impeached.

Trump has been embroiled in an impeachment investigation ever since a whistle blower in September accused the president of a quid pro quo when he allegedly withheld military aid to Ukraine in order for the Ukranian government to investigate corruption allegations against the son of his political rival, Joe Biden.

The polling from Fox News, MSN, and NBC/WSJ revealed that almost half the country now supports Trump’s removal, and were conducted amid an impeachment inquiry focusing on whether POTUS improperly encouraged Ukraine to carrying out investigations that would help his political goals.

When pressmen asked about the new polls outside the White House Sunday, Trump replied:

‘You’re looking at the wrong polls. I have the real polls. The CNN polls are fake. The Fox polls have always been lousy. I tell them they ought to get themselves a new pollster.’

In the NBC/WSJ poll taken on the same three dates, 49 percent said they wanted Trump impeached and removed and 46 percent said he should stay. 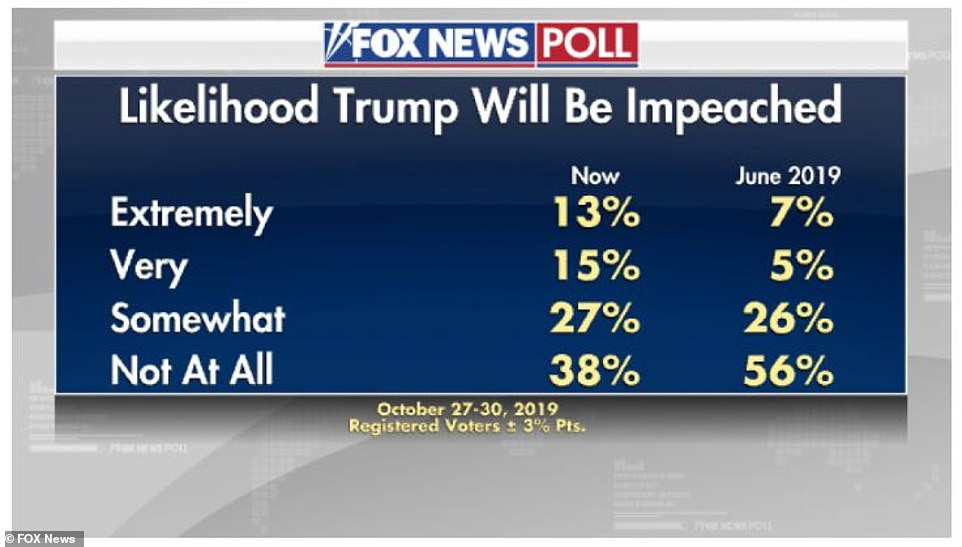 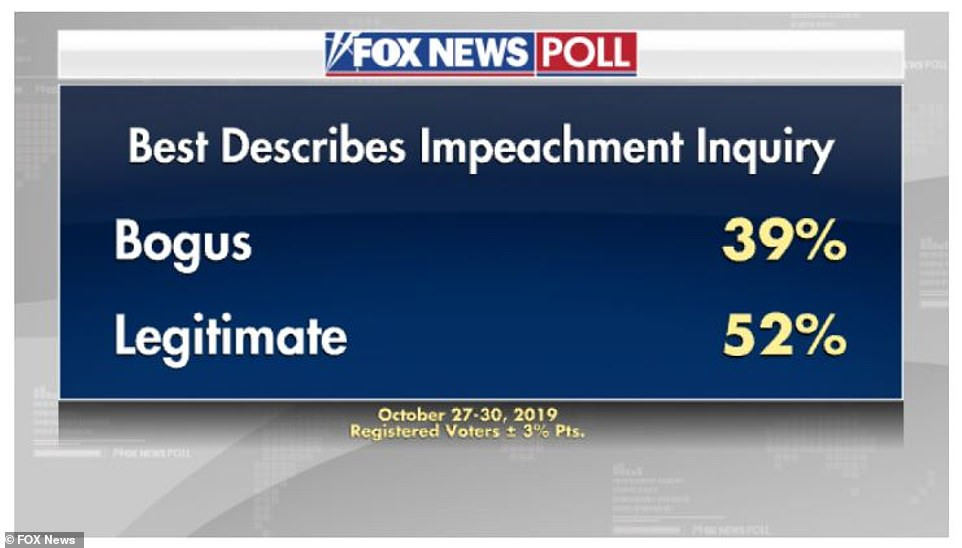 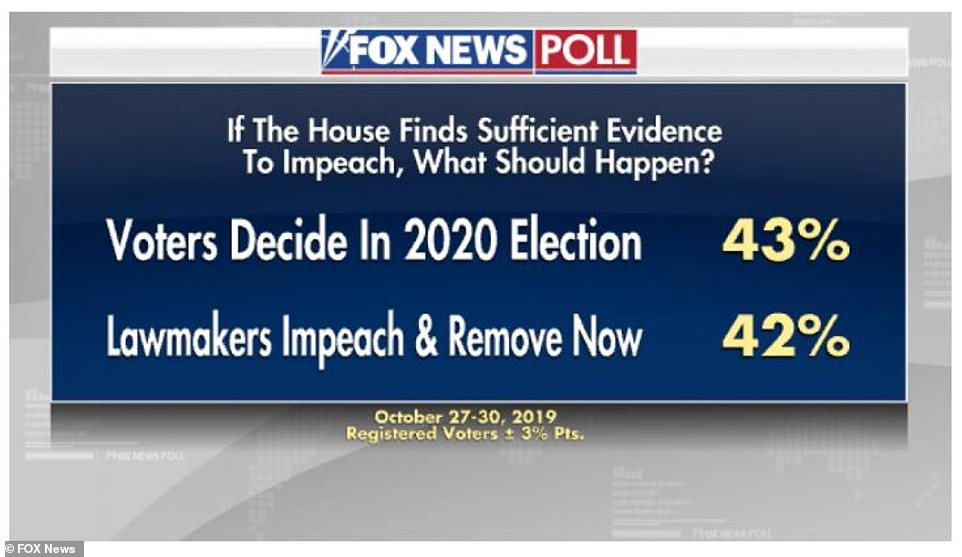 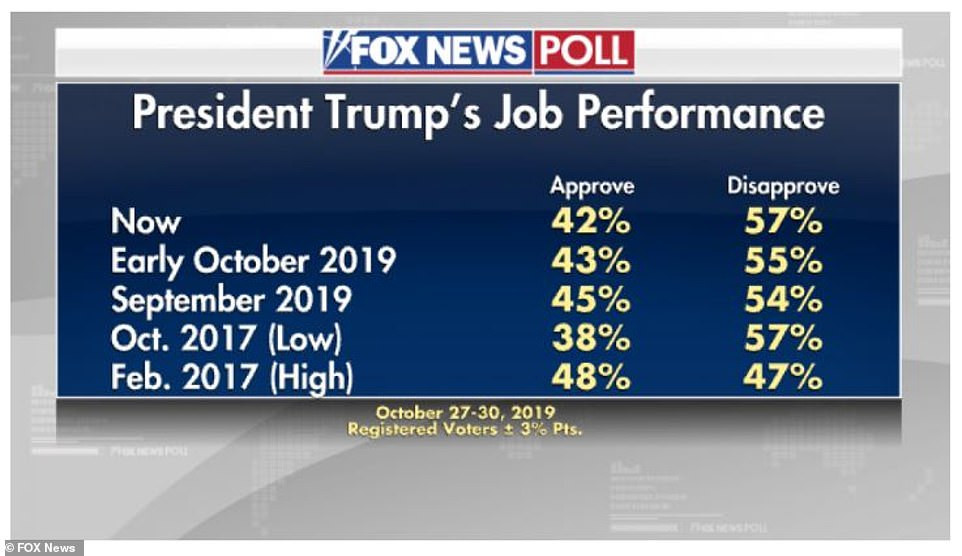