At least 9 members of an American family have been killed in a shooting attack in Mexico.

The victims were all women and children. They are members of a Mormon group based in Mexico, about 100 miles south of the US-Mexico border. They were travelling in a convoy taking some of them to a wedding when they were ambushed. 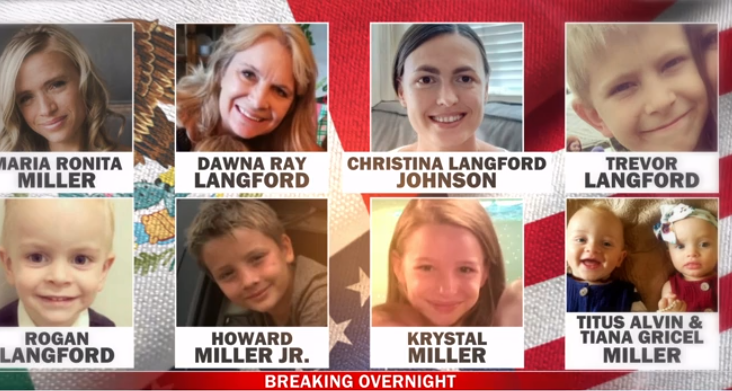 The victims all left their community at the same time in three separate cars. Some were travelling back to the United States, some were going to the neighbouring town of LeBaron for a wedding when they were attacked.

Relatives of the deceased say they suspect their murder may have been a case of mistaken identity by drug cartel gunmen.

Family members told “CBS This Morning” that the FBI has opened an investigation into the murder of at least 9 U.S. citizens, including six children, who live in a Mormon community in northern Mexico.

It happened Monday, October 4, 2019, near the town of Bavispe, about 100 miles south of the Arizona border.

About 13 other members of La Mora – a decades-old settlement in Sonora state founded as part of an offshoot of The Church of Jesus Christ of Latter-day Saints – were initially reported missing after the attack on a convoy of SUVs carrying community members, a relative who asked not to be named for fear of reprisals said.

The relative said he had located the SUV carrying the dead family members. The car was burned and bullet-ridden when he found it. In the car was the remains of his nephew’s wife and her four children, twin seven-month-old babies and two other children aged 8 and 10. 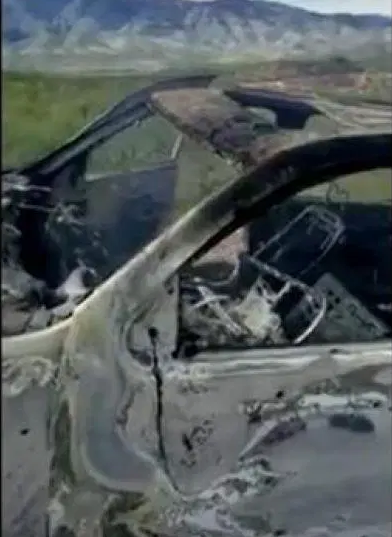 Video emerged showing the still-smoldering remains of one SUV ditched along a road in a remote area. The inside of the vehicle was completely burned out.

In the video, a man can be heard crying while saying, “This is for the record, Ronita and four of my grandchildren are burned.”

The relative who doesn’t want to be named said the convoy set out Monday from La Mora, about 70 miles south of Douglas, Arizona, but was attacked by cartel gunmen in a possible case of mistaken identity. Many of the church’s members were born in Mexico and thus have dual citizenship.

Jhon LeBaron, one of the relatives, posted on his Facebook page that his aunt and another woman were dead. He said six of his aunt’s children had been left abandoned but alive on a roadside. He wrote late Monday that a total of 17 of his family members were in the three-vehicle convoy when it came under attack. He said nine were killed, six wounded, and two left unharmed. 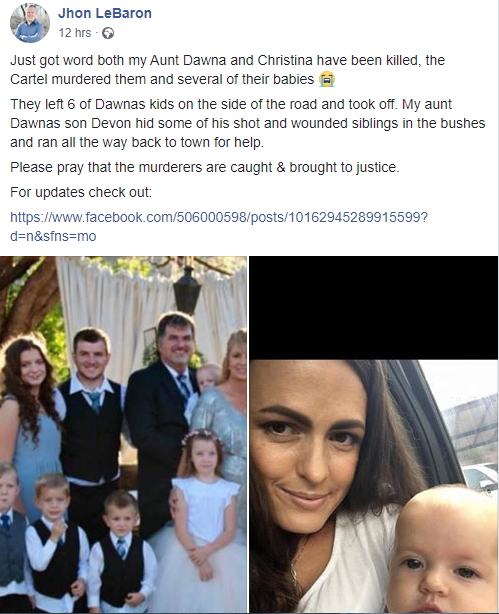 Another relative, Julian LeBaron, identified one of the slain adults on his Facebook page as Rhonita Maria LeBaron. She was apparently killed along with her twin seven-month-old babies and two of her other seven children.

Trish Cloes, who is the aunt of one of the victims named Dawna Ray Langford, said the family was devastated and emotional and all they could do was “start thinking positive and praying” when they heard about the tragedy.

“It’s something that you can’t explain, that there are evil people in this world that could do such a thing like that,” she said.

Giving an update on the names of all the dead family members, relative Kendra Miller wrote on Facebook:

Father/husband is Howard Sr, who was in North Dakota at the time of attack. The three siblings left behind in LaMora being babysat at the Miller grandparents: Tristan, Amaryllis, and Zack.

Faith Marie Johnson April 9, 2019, 7 months old – was found in her car seat that seemed to be put on the floor, by her mother to try and protect her, uninjured,

Devin Blake Langford, July 6 2006, 13 years – uninjured, walked approximately 14 miles to LaMora to get help, after hiding his bleeding but living siblings in the bushes, and covering them with branches

Mckenzie Rayne Langford, January 12 2010, – 9 years – grazed on her arm- sent by her sister Kylie for help when Devin didn’t return soon enough, got lost, and walked approximately 10 miles, for about 4 hours in the dark before she was found by the search parties

Cody Greyson Langford, October 1 2011, 8 years- shot in the jaw, and the leg, his condition was worrying, but at last word, not critical

Mexico’s federal Department of Security and Citizens’ Protection said security forces were reinforced with National Guard, army and state police troops in the area following “the reports about disappearance and aggression against several people.” The troops were searching for the missing community members.

This isn’t the first time that members of the break-away church had been attacked in northern Mexico, Back in 2009, Benjamin LeBaron, an anti-crime activist who was related to those killed in Monday’s attack, was murdered in neighboring Chihuahua state.