Managing Director reveals how Twitter user tried to get her company to sack her over a tweet, not knowing she’s the boss

The Managing Director of RefilweMatla in Johannesburg, South Africa, narrated how a Twitter user sent a mail to her company to report one of her tweets, not knowing she’s the boss.

Flo Letoaba, who is also a South African broadcaster working with SABC News, shared a tweet about racism which another Twitter user had a problem with. Rather than take it up with the woman on Twitter, he took a screenshot of the tweet and sent to the woman’s company, expecting them to take action against her.

But the company responded to him, telling him the woman has a right to share what she wants with her personal account.

Sharing a screenshot of the message that was reported to her company and an email of the reply from her business partners, @floletoaba wrote: “Someone emailed my company trying to get me in trouble (yep, my company) he even screen-grabbed the tweet he had an issue with, below is that & the response he received from my business partners. It’s sad for you when you can’t take anything away from me I’m sure lol.” 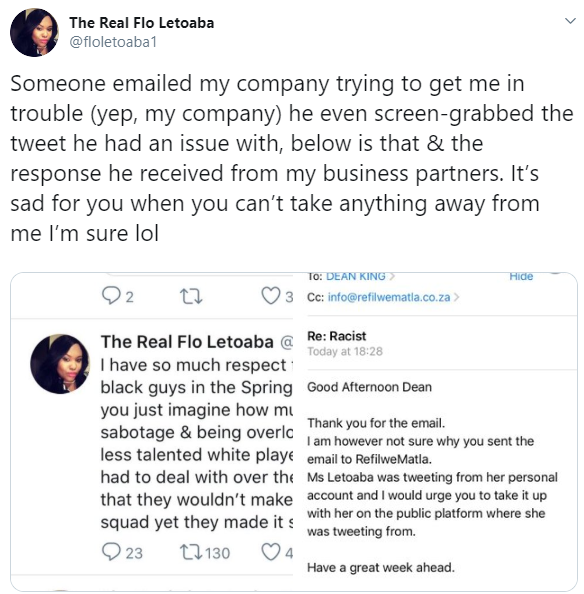 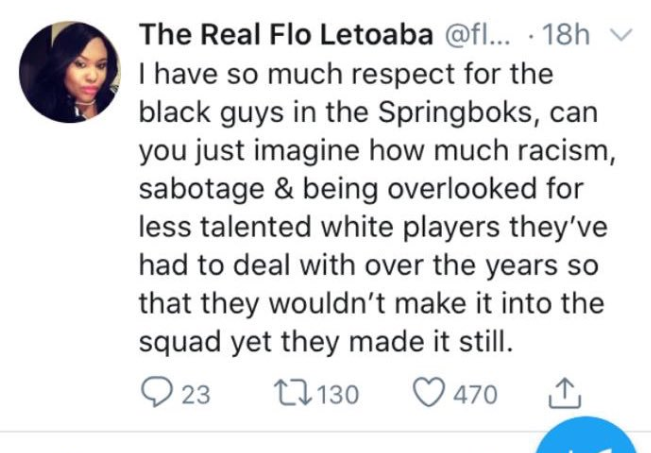 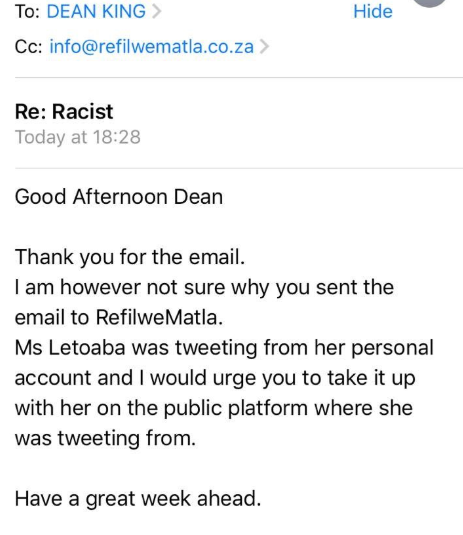