The Socio-Economic Rights and Accountability Project(SERAP) has vowed to challenge the social media regulation bill that is being reintroduced by the senate. The senate yesterday November 5th reintroduced the bill which according to the sponsor of the bill, Senator Mohammed Sani Musa, is to curtail the spread of fake information on social media.

Reacting to the development, SERAP, in a statement released on its Twitter handle, says it will vigorously challenge the bill Nationally and Internationally. 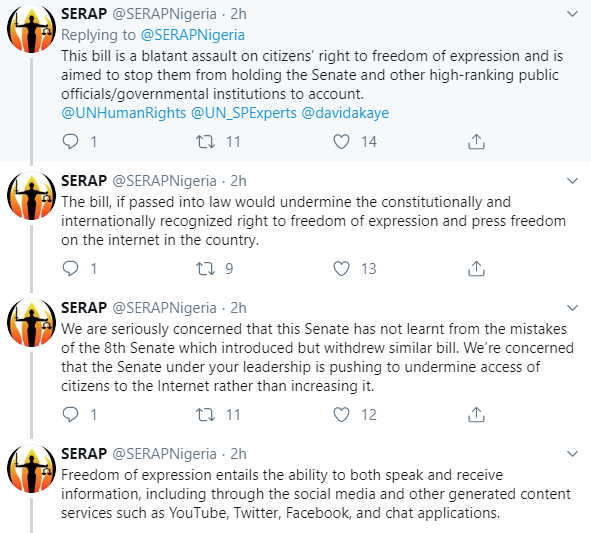 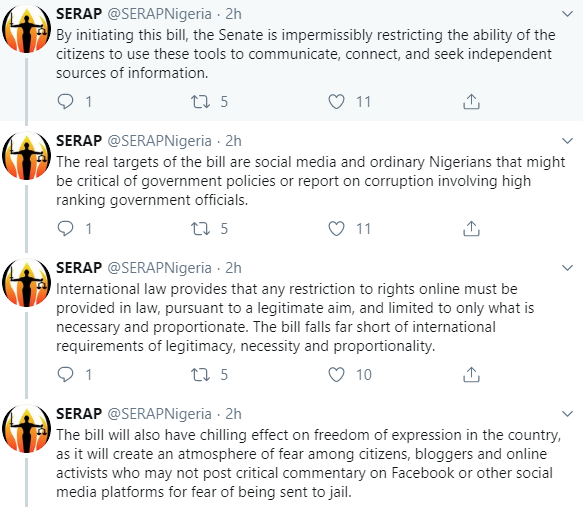 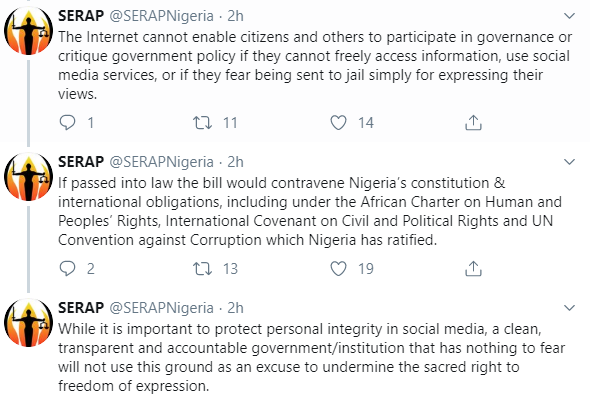