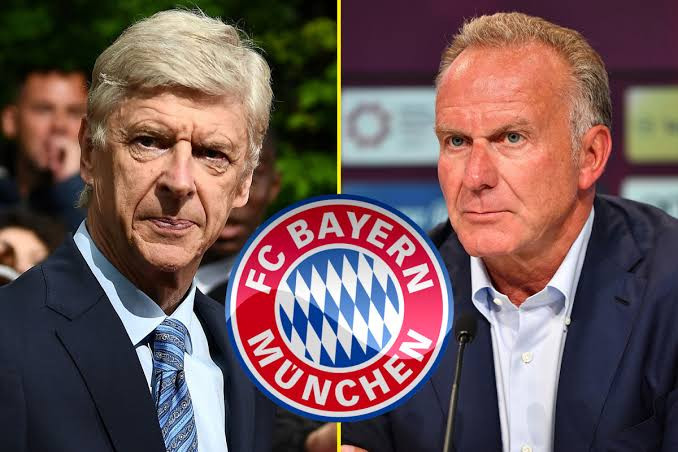 Wenger earlier this week admitted in a TV interview that he is interested in the role, as he has not coached any club since leaving Arsenal in 2018.

Speaking on beIN Sports, Wenger expressed his interest in the job. ‘Of course,’ he replied when asked if he would be interested in taking over at Bayern.

‘Coaching is what was my whole life until now. Everybody who has coached will tell you the same. You miss the intensity but some things you miss a lot, some things you don’t miss. I enjoy the things I don’t miss too much…
According to BILD; On request from BILD FC Bayern announced: “Arsene Wenger has called Karl-Heinz Rummenigge on Wednesday afternoon and basically signaled interest in the coaching post at Bayern. Bayern appreciate Arsène Wenger very much for his work as coach at Arsenal, but he is no option as a coach at Bayern Munich. ”

“Now it is not excluded that Flick may stay longer than the first two games (Piraeus and Dortmund). Because in the summer of 2020, the record champion could then possibly bring Erik ten Hag (49 / Ajax Amsterdam / contract until 2022) or Thomas Tuchel (46 / Paris St. Germain / contract until 2021) to Munich.”

Bayern sports director Hasan Salihamidzic (42) on Wednesday evening after beating Piraeus said; “We will calmly, without pressure, choose the coach, who in our opinion is the right one. I think Hansi is the right coach for us at this moment. He is now a coach until further notice and we will see everything else. ”