A Nigerian Muslim woman has been called out on Twitter for being indecent, despite covering her whole body, save for her face, while in a pool.

The woman had on a head covering then wore a burkini that covered her neck, her hands down to her wrists and her legs.

She shared the photo on Twitter but got called out. Some accused her of being indecent while some went on to sexualize her even though she was fully covered.

A particular Twitter user accused her of showing “the shape of your body just for retweets”. He added, “Thank you for showing us how the size of your breast, your hips, e.t.c is…”

He then advised her to “fear Allah my sister.”

Others commented on her fully covered body in a sexual way.

See some tweets below. 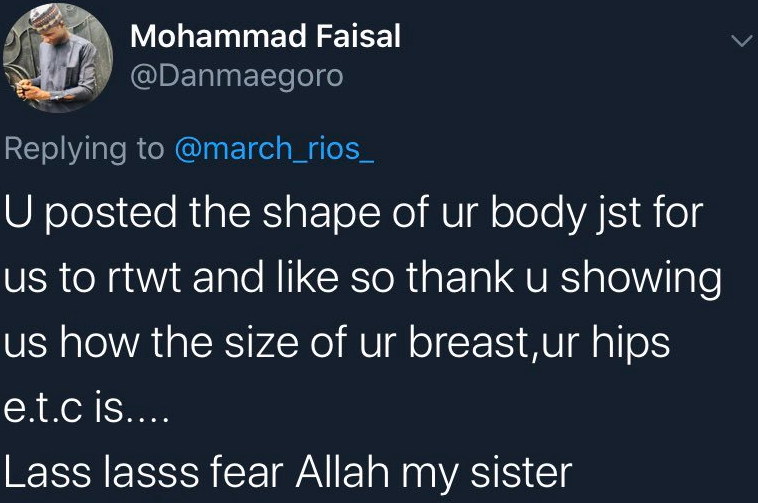