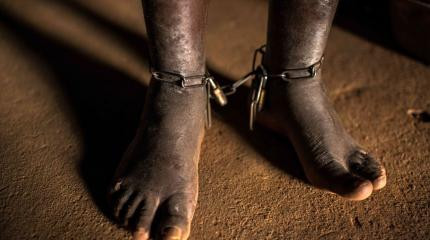 International Human Rights Group, Amnesty International, has urged the Nigerian Government to ban the violent and dehumanizing practices used against people suffering from Mental health issues in the country.
In a damning report, published today, Monday, Amnesty International said mental health patients are dehumanized, chained, beaten and violently treated “in many settings, including state hospitals, rehabilitation centres, traditional healing centres, and both Christian and Islamic faith-based facilities”.
Nigeria, the world’s 7th largest country with a population of 200 million people, and according to the World Health Organization (WHO), one in four Nigerians (50 million people) suffer from mental health issues, but the country has less than 150 professional psychiatrists.
According to the WHO, Nigeria has the highest rate of depression in the African continent and only 10 percent of mentally ill people have access to the kind of care they deserve, making mental health a serious but underrated issue. 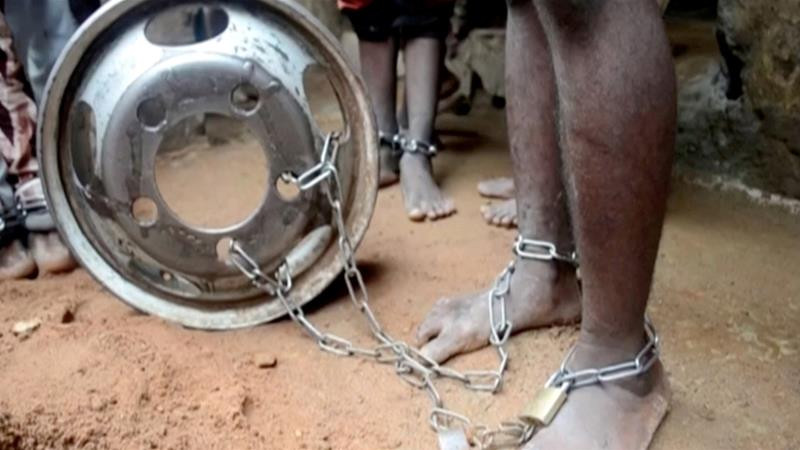 “People with mental health conditions should be supported and provided with effective services in their communities, not chained and abused,” said Emina Cerimovic, senior disability rights researcher at Amnesty International.

“People with mental health conditions find themselves in chains in various places in Nigeria, subject to years of unimaginable hardship and abuse,” she said.

Read the full report by Amnesty International below;

Thousands of people with mental health conditions across Nigeria are chained and locked up in various facilities where they face terrible abuse.

Detention, chaining, and violent treatment are pervasive in many settings, including state hospitals, rehabilitation centers, traditional healing centers, and both Christian and Islamic faith-based facilities.

“People with mental health conditions should be supported and provided with effective services in their communities, not chained and abused,” said Emina Cerimovic, senior disability rights researcher at Human Rights Watch. “People with mental health conditions find themselves in chains in various places in Nigeria, subject to years of unimaginable hardship and abuse.”

President Muhammadu Buhari said in October 2019 of the Islamic Rehabilitation centers that he would not “tolerate the existence of the torture chambers and physical abuses of inmates in the name of rehabilitation.” But the government has yet to acknowledge that this abuse is rife in government-run facilities too.

Deep-rooted problems in Nigeria’s healthcare and welfare systems leave most Nigerians unable to get adequate mental health care or support in their communities. Stigma and misunderstanding about mental health conditions, including the misperception that they are caused by evil spirits or supernatural forces, often prompt relatives to take their loved ones to religious or traditional healing places.

Human Rights Watch found that people with actual or perceived mental health conditions, including children, are placed in facilities without their consent, usually by relatives. In some cases, police arrest people with actual or perceived mental health conditions and send them to government-run rehabilitation centers. Once there, many are shackled with iron chains, around one or both ankles, to heavy objects or to other detainees, in some cases for months or years. They cannot leave, are often confined in overcrowded, unhygienic conditions, and are sometimes forced to sleep, eat, and defecate within the same confined place. Many are physically and emotionally abused as well as forced to take treatments.

A nun in charge during a Human Rights Watch visit to a state-owned rehabilitation center in southeastern Nigeria said they chain people to their beds “so they do not run away.” The nun defended chaining a woman who had HIV “to stop her from going around the men.” Human Rights Watch found another woman at the same institution chained naked to her bed.

The staff, except one older guard, would leave at 6:30 p.m. each day, leaving residents, including children as young as 13, with no one to help them. The facility has no electricity, so people are chained to their beds in total darkness. The nun said that, “The patients are given flashlights to use at night.”

In a traditional healing center close to Abuja, Nigeria’s capital, Human Rights Watch met a woman who was pinned to a tree trunk with an iron ring. She had been restrained like this for three weeks with her upper body naked. She was unable to move and so she was forced to eat, urinate, and defecate where she sat.

Chaining can cause serious injuries and psychological distress. A 35-year-old woman chained for 10 months in an Islamic rehabilitation center in Kano, northern Nigeria, said, “Everything about this (chaining) is difficult. You feel like you want to commit suicide … regardless of how you felt before coming here, you will get worse.”

Adults and children in some Islamic rehabilitation centers reported being whipped, causing deep wounds. People in Christian healing centers and churches described being denied food for up to three days at a time, which staff characterized as “fasting” for “treatment” purposes.

In many of the traditional and religious rehabilitation centers visited, staff forced people with mental health conditions, including children, to eat or drink herbs, in some cases with staff pinning people down to make them swallow.

In psychiatric hospitals and government-run rehabilitation centers, staff forcibly administered medication, while some staff admitted to administering electroconvulsive therapy (ECT) to patients without their consent.

In some cases, families took their children – including young adults – to religious and traditional rehabilitation centers for actual or perceived drug use or “deviant” behavior, including skipping school, smoking tobacco or marijuana, or stealing from their parents. Some children in the facilities – some as young as 10 – have been abandoned by their families.

Nigeria ratified the Convention on the Rights of Persons with Disabilities (CRPD) in 2007. It has the obligation to ensure equal rights for people with disabilities, including the right to liberty and freedom from torture, ill-treatment, and forced treatment. While the Nigerian Constitution prohibits torture and other inhuman or degrading treatment, the government has not outlawed chaining. In a 2015 report, the United Nations special rapporteur on torture said that chaining “unequivocally amount[s] to torture.”

The Nigerian government should ban chaining and urgently investigate chaining in state-owned rehabilitation centers, psychiatric hospitals, and faith-based and traditional healing centers in all 36 states and the Federal Capital Territory. The government should also prioritize the development of quality, accessible, and affordable community-based mental health services.

“President Buhari denounced chaining as torture,” ?erimovi? said. “But it’s not enough to raid these centers and shut them down. People rescued from these desperate conditions and other Nigerians experiencing psychological distress should have access to proper psychosocial support and mental health services.”