A fuel tanker explosion was recorded in the early hours of today October 11, at Pipeline Road, Gate Bus Stop along Ayobo Road in Iyana Ipaja, Lagos.

A Twitter user who shared a video from the scene of the incident said the explosion was caused by pipeline vandalism. He also disclosed that fire service officials were very much around to put out the fire. 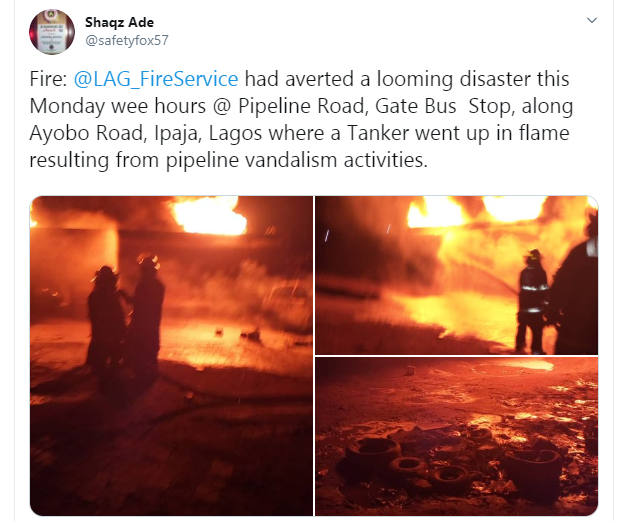 Another Twitter user also revealed that the fire destroyed his father’s car. 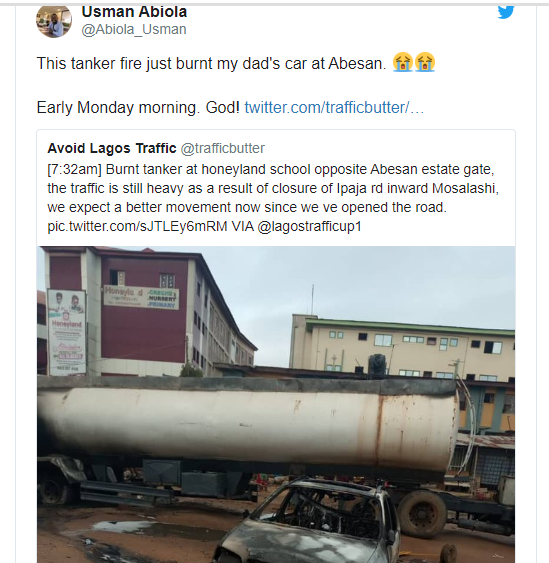