A Trump fan has been arrested by Police after he allegedly stabbed a “Baby Trump” protest balloon on display in Tuscaloosa near the University of Alabama, where US President Donald Trump was attending the Crimson Tide’s football game against LSU Saturday evening. 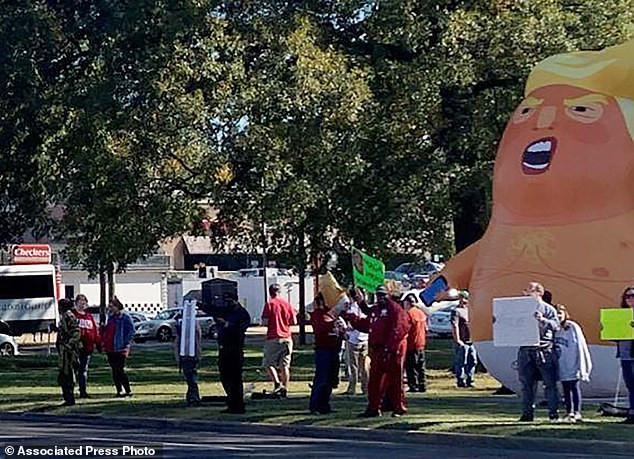 Hoyt Hutchinson, posted a Facebook Live video earlier in the day saying he planned to deflate the balloon depicting Trump as a crying baby wearing a diaper and holding a cell phone. According to Hutchinson, the ‘Trump’ balloon was very disrespectful to the president, and he even created a go-fund me page to raise money for eventual legal fees and restitution in case he got into trouble.

“I’m going down here to make a scene, so y’all watch the news,” he said in the Facebook live video. “This is pathetic. I’m fixing to get rowdy.”“I’m shaking, I’m so mad right now,” Hutchinson said. “I’m fixing to pop this balloon, without a doubt. Stay tuned, this should be interesting.” 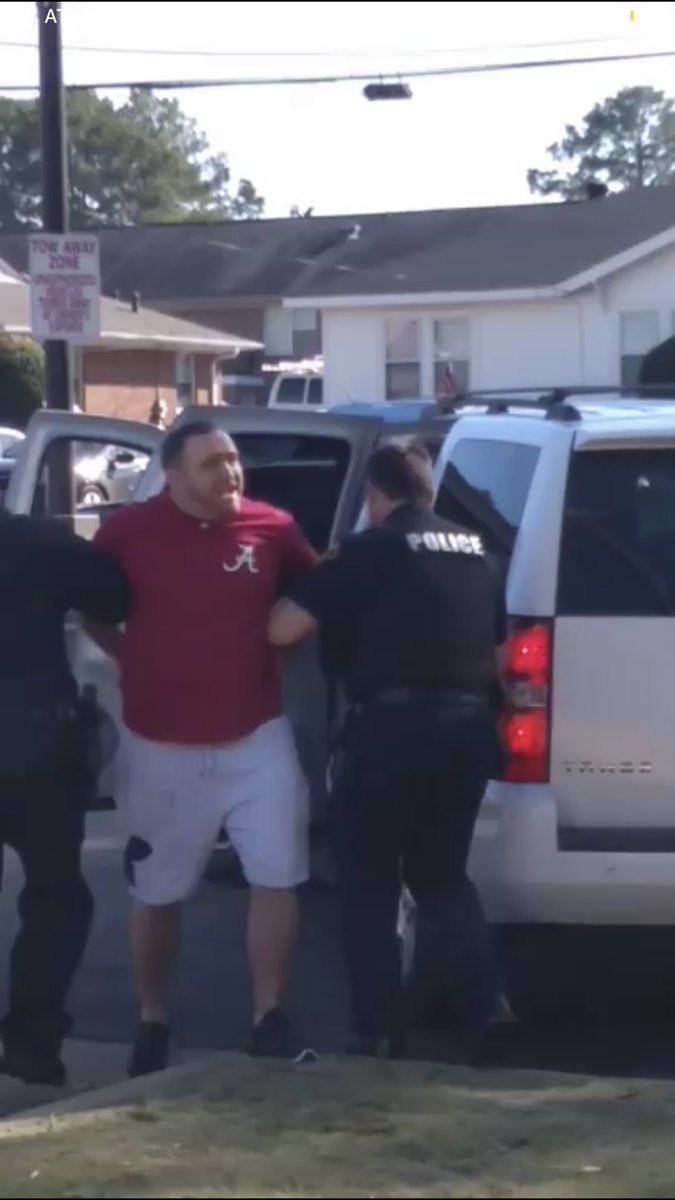 While Anti-Trump protesters posed and took selfies with the balloon, Hutchinson, ran towards the balloon and stabbed it with a knife. He tried to run away but was apprehended by police.

Hoyt Hutchinson has been charged with felony first-degree criminal mischief by the police and his bond set at $2,500.

In America, a suspect can be charged with first-degree criminal mischief if the property damaged totals more than $2,500. Conviction on the Class C felony charge carries a year to 10 years in prison.

Trump ‘baby’ balloons became infamous after protesters in London used it to troll the US President during his state visit to the UK early this year.