Liverpool star Joe Gomez has been spotted with a long scratch under his eye after his bust-up with Manchester City striker, Raheem Sterling.
Cameras picked up a scratch underneath the defender’s right eye as he stepped out alongside his Liverpool team-mate Trent Alexander-Arnold for England training on Tuesday, November 12. 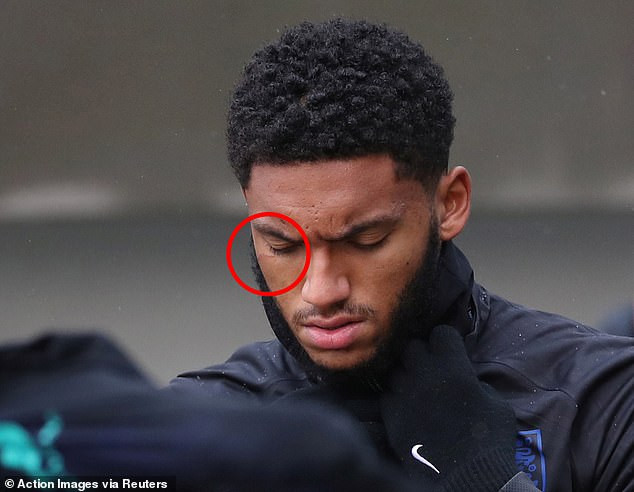 Sterling who has since been dropped from England’s European Championship qualifier against Montenegro attempted to grab Gomez by the neck following his arrival in the players’ canteen at St George’s Park on Monday, just a day after the pair clashed during Liverpool’s 3-1 win over Manchester City. 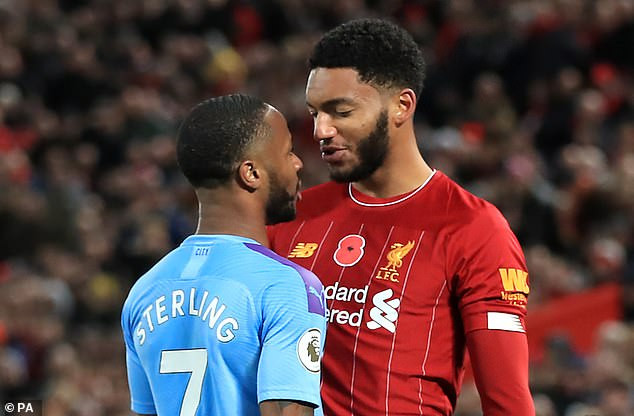 According to Mail Online, Sterling was sat down in the canteen when Gomez arrived and wanted to shake his hand, leading to him to attempt to grab his team-mate by the neck.

Witnesses said they heard him ask the Liverpool defender whether he was “still the big man.”
FA confirmed in a statement that Sterling is not going to play any part against Montenegro on Thursday. Although, the 24-year-old will remain with the squad.
‘The FA can confirm Raheem Sterling will not be considered for Thursday’s EURO 2020 qualifier against Montenegro as a result of a disturbance in a private team area at St. George’s Park today,’ a statement read. ‘He will remain with the squad.’
Sterling also addressed the bust-up with Joe Gomez on Instagram: ‘We are in a sport where emotions run high and I am man enough to admit when emotions got the better of me,’ he posted. ‘Both Joe and I have had words and figured things out and moved on.’