Nigerian lady denies the existence of ‘magun’, says it is ‘penis captivus’

A Nigerian Twitter user has denied the existence of magun, a popular charm among the Yoruba people commonly used to curb infidelity.

The US-based Nigerian lady who debunked the potency of the charm which reportedly leaves sexual partners stuck to each other, said it “occurs during sexual intercourse when the muscles in the vagina clamp down on the penis much more firmly than usual, making it impossible for the penis to be withdrawn from the vagina.” 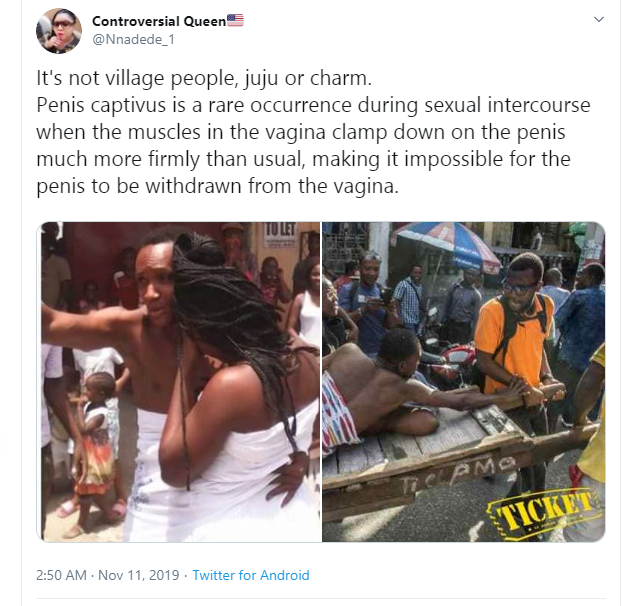 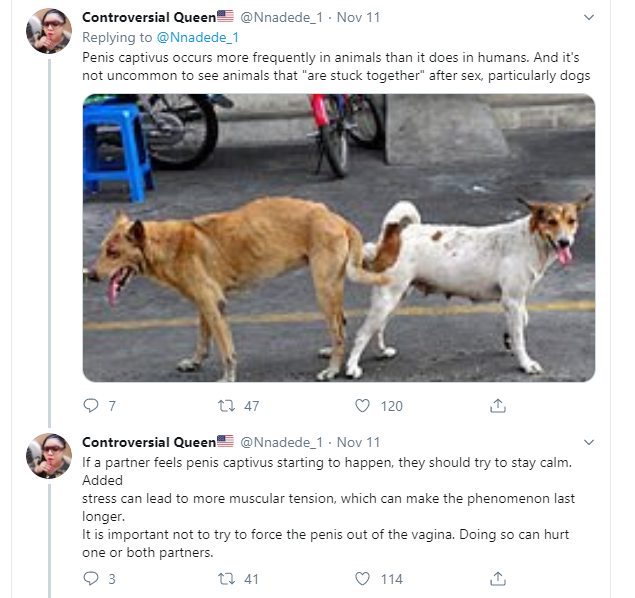 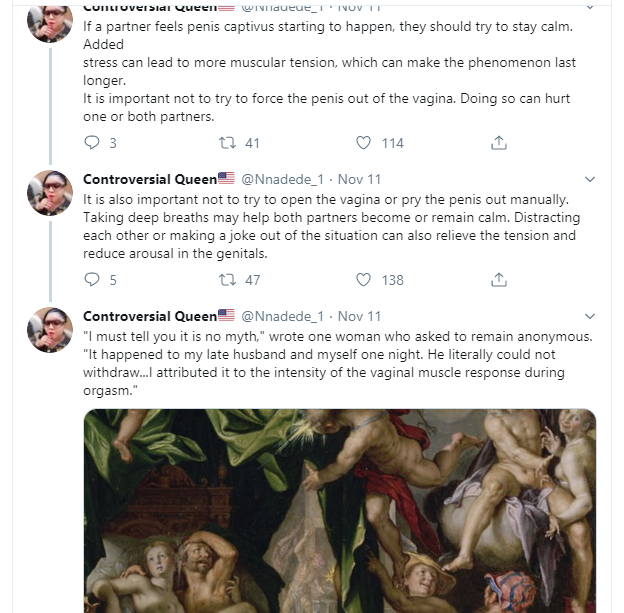 Magun which literally means “do not climb” is usually laid without consent and/or trickily. A broomstick or thread can be placed on a doorstep or walkway for the woman to cross over. The charm reportedly leaves the woman and her lover stuck like glue while having sex. The man cannot detach himself from the woman no matter how hard he tries, and this sometimes leads to death and in some cases a public humiliation of the stuck couple.