Tamar Braxton has issued a statement clarifying her initial comment about men’s sexuality, while also offering what seems like an apology for her comments.

The singer took to Instagram on Monday, November 11, to make a post about men’s sexuality. In the post, she said a number of men are gay and advised women that if a man lays with them for days and doesn’t touch them, he’s most likely gay.

A day later, her Nigerian boyfriend, David Adefeso took to Instagram to share a cryptic post about closing one door in order to have another open for you. His post coming shortly after hers sparked speculations that all may not be well in their relationship.

But Tamar has now clarified things on her Instagram Stories. She explained that her statement about men’s sexuality has nothing to do with her and David.

She wrote: “Ya’ll know I’m going live…If you are in ya bag, ya shouldn’t be. I shouldn’t have been in My feelings, & ranted on social media based off a conversation with my friends. I was talking about me but not me and David. I’ve been through a lot. This is why I stay on my fake page.” 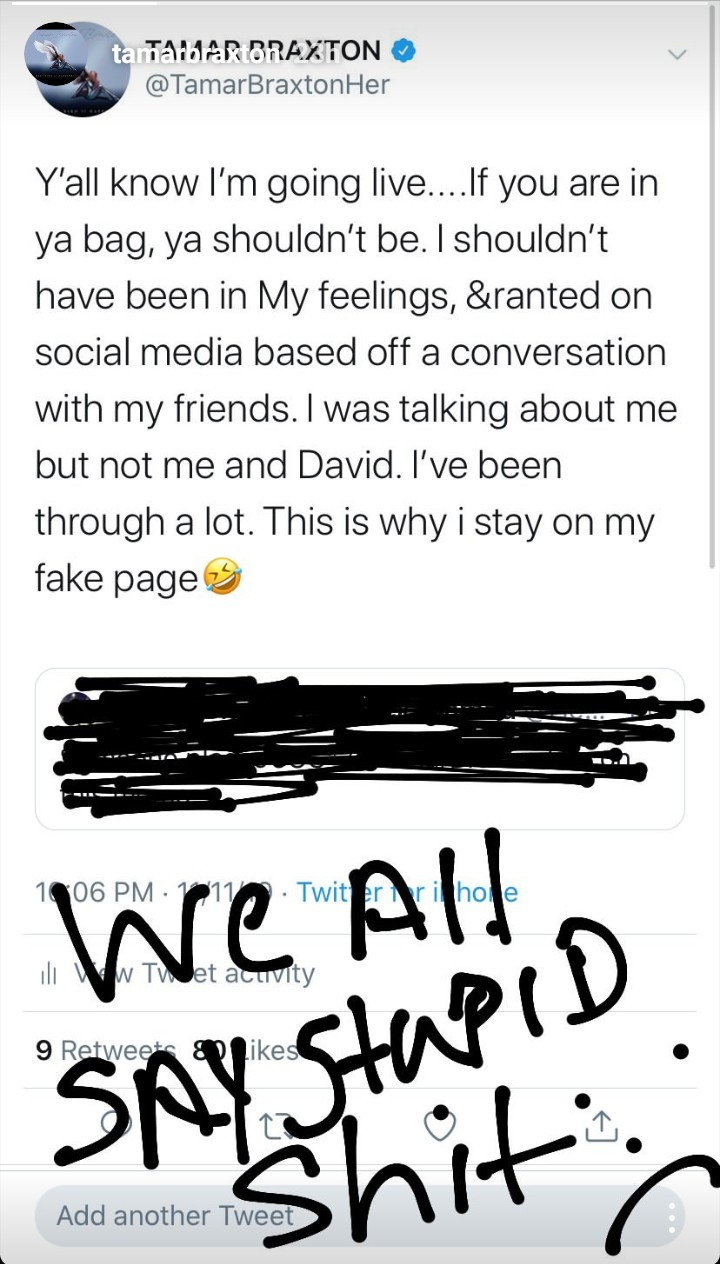