Nigerians react to reports of ban on Tricycles ‘Keke’ in Abuja

Earlier today (Nov.12), residents were thrown into confusion as they trekked long distances to get to their workplaces due to the sudden ban on commercial Tricycle operators.

While the Federal Government is yet to release a statement regarding the ban, the National President of Tricycle Owners Association, Austin Apeh, and Chairman, Welfare Enforce Enforcement in FCT, Thomas Danjuma, confirmed the ban while speaking to journalists during a protest by Tricycle operators.

They also claimed that mass arrests are being made to detain whoever fails to comply with the sudden restriction order. 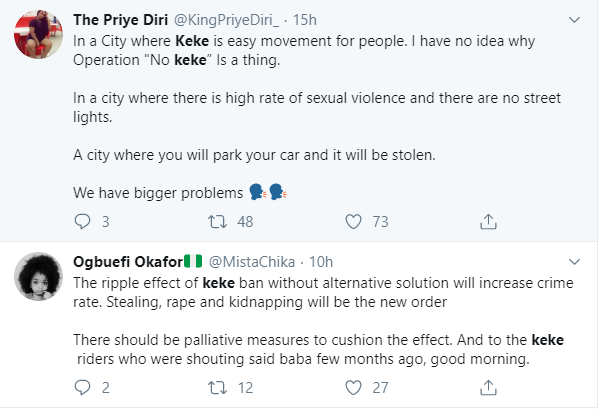 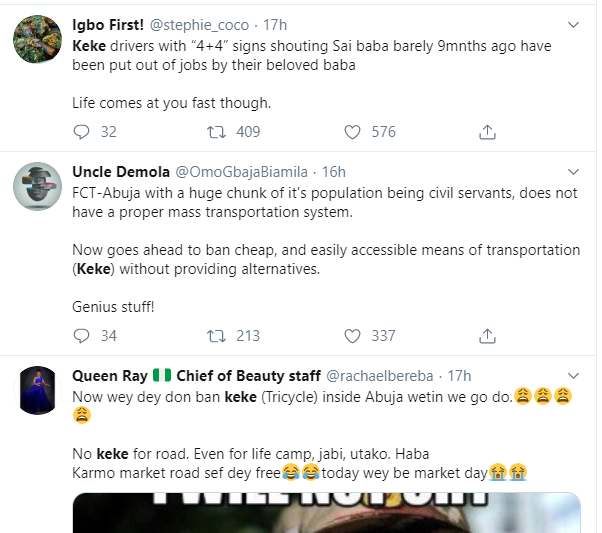 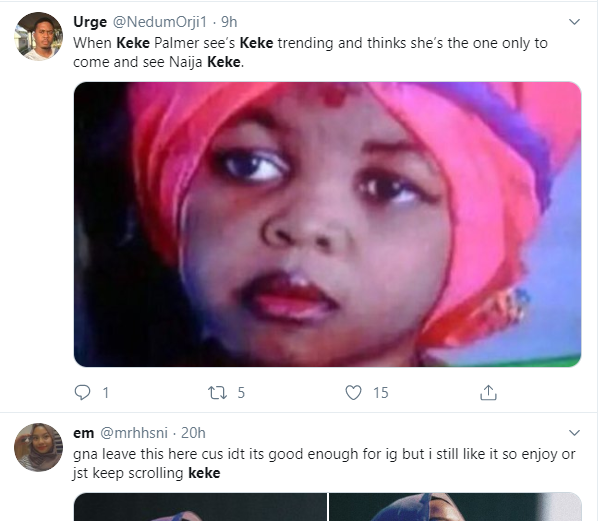 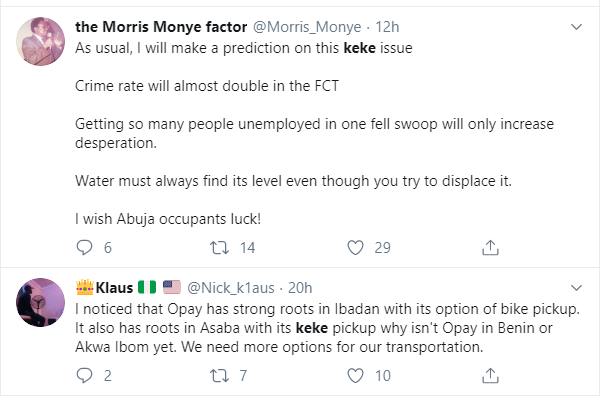 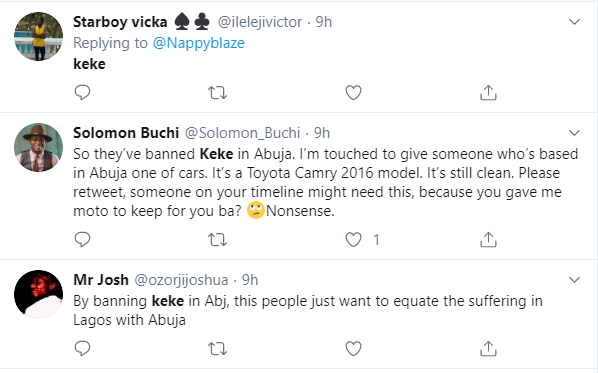 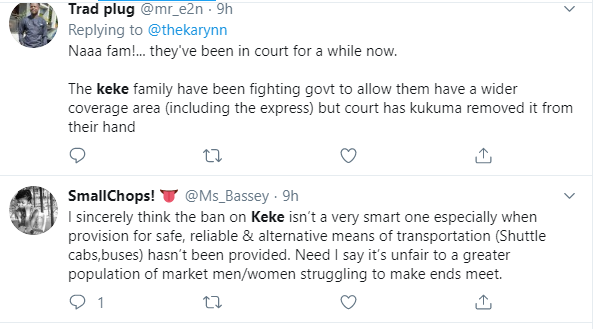 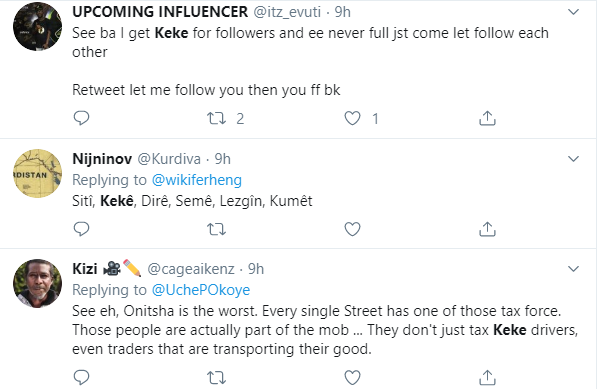 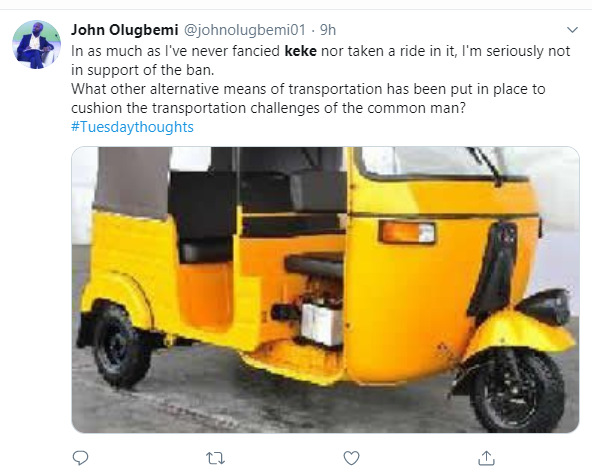 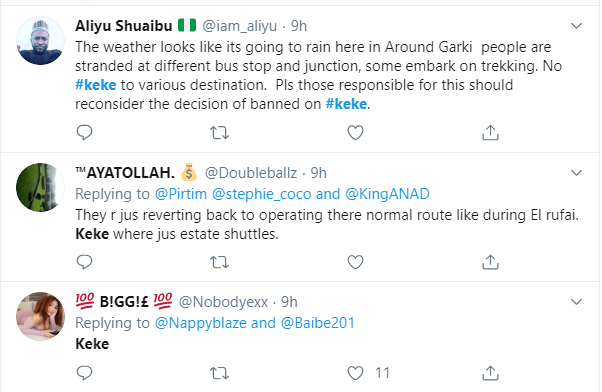 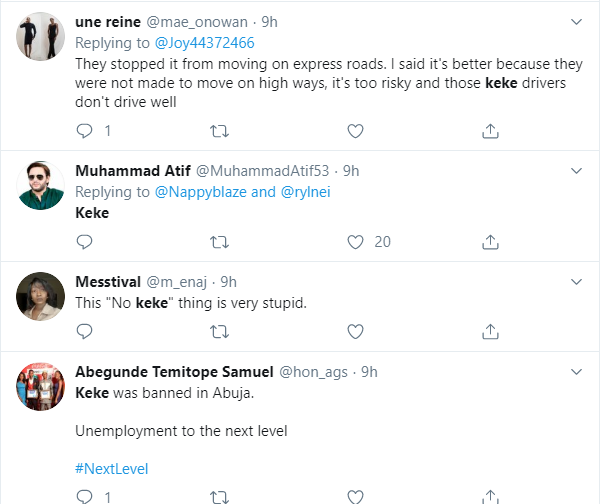 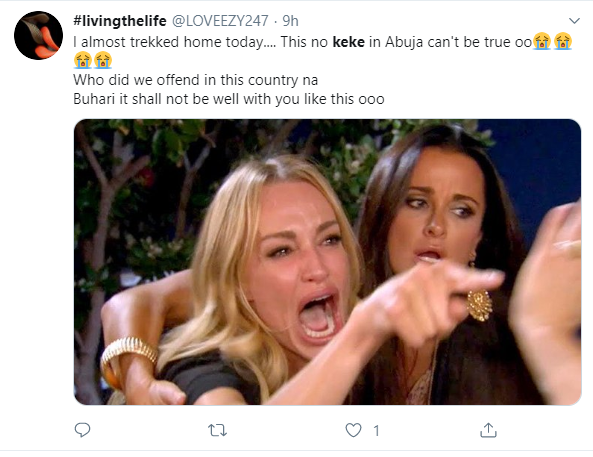 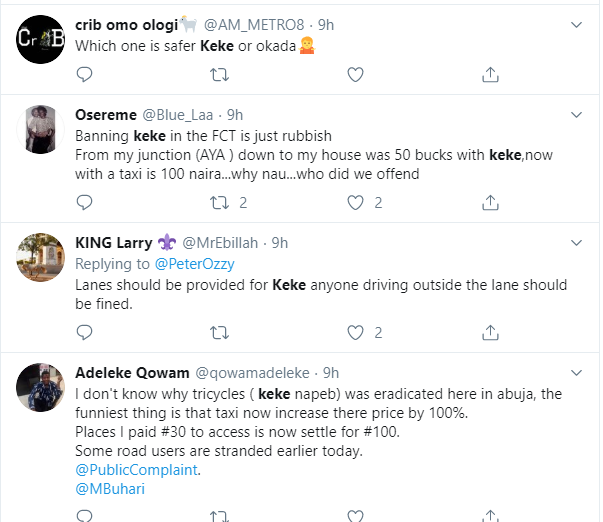 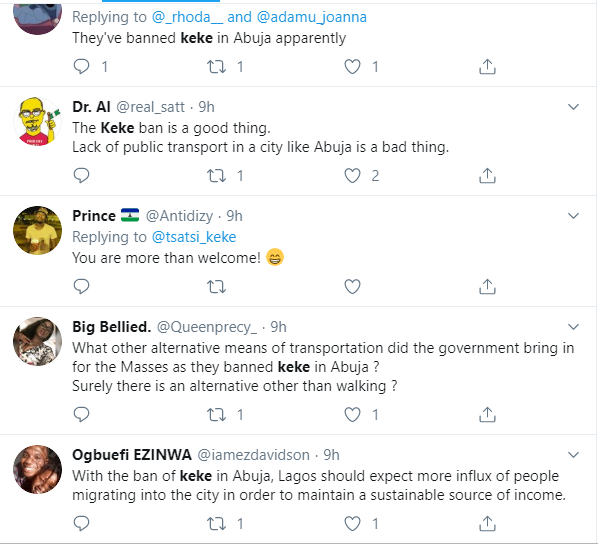 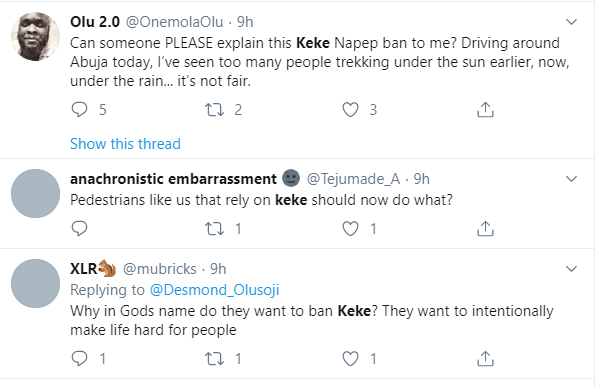