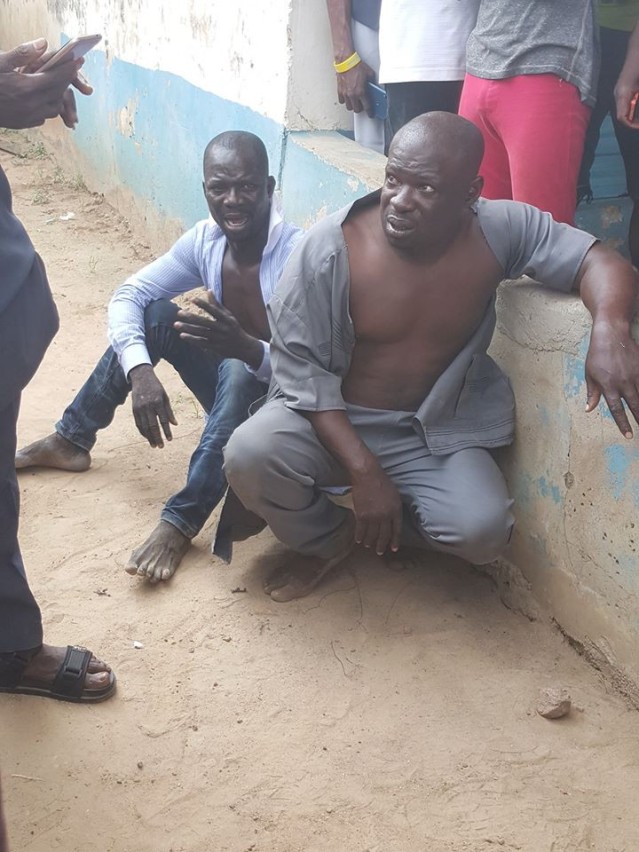 Two elderly men have been apprehended after hypnotizing their victim and taking all he had on him.

The incident reportedly occurred at Abule Egba area of Lagos State and it was further learnt the men approached their victim with claims of being basketball stars.

Their victim was however rescued after some residents of the community noticed the fishy act. The two men have been handed over to the police.

Facebook user Salawu Ajokeade wrote “MAY GOD HELP US DIS EMBER PERIOD,THIS JUST HAPPENED CLOSE TO MY SHOP AT ABULE EGBA.THIS 2 ELDERLY MEN WERE NABBED TRYING TO SCAM A GUY CLAIMING THEY ARE BASKET BALL STARS,THEY COLLECTED ALL THE CASH WIT HIM AND ASKED HIM TO GET HIS ATM…..FORTUNATELY FOR HIM,NEIGHBOURS AROUND NOTICED SOMEFIN FISHY AND STARTED SHOUTING THIEF AND THE BOY SENSES CAME BACK TO NORMAL.THEY AVE BEEN ARRESTED AND TAKEN TO THE STATION…LET’S BE CAREFUL OUT THERE PLS AND BE WATCHFUL.” 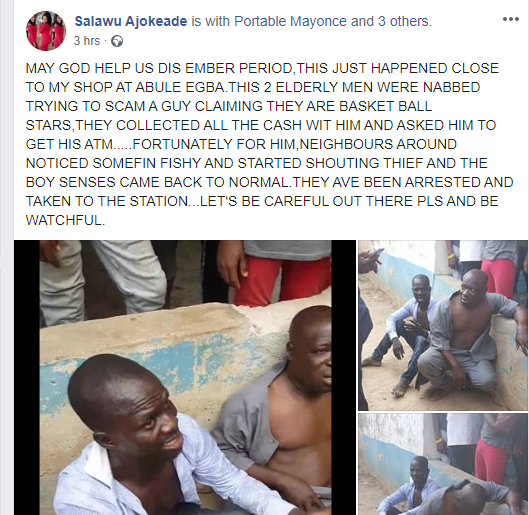