Amaechi Okobi has recounted a question his son asked him out of the blues that led to a conversation about gender inequality.

The Group Head, Communications and External Affairs at Access Bank said his son was only 8 when he asked him if one person can commit adultery. When he responded that it takes two, his son asked why only the woman is stoned in the Bible for commiting adultery.

He said this led to their first conversation about gender inequality.

Some years ago, my 8-year old and I were having brunch. No, he’s not 8 anymore; he’s a wee bit older now. Listen, though. As we dined on our mushroom, cheese, tomato and chopped prawns omelettes (no pepper, of course), he suddenly got serious and asked: Daddy, can one person alone commit adultery? (Yikes! Please God, not this conversation) Trying hard to sound unflustered, I answered, “No Son, it takes two.” His follow up was quick and urgent: Why then in the Bible do they stone women for committing adultery? Where are the men? Cue in our first convo on gender inequality. But that’s not the story. The beautiful Amazons of @iamsaharagroup invited me to speak at their recent IWD event. They wanted tips for bridging the gender equality gap (male view). 150+ empowered, intelligent. badass Nigerian women. What an incredible, albeit terrifying honor? What do I know about women? And gender equality? Especially as I am the problem. Men have benefitted from gender inequality for eons. But have we really? Benefitted? Imagine a world where the needs, behaviors and aspirations of men and women are considered, and favored, and valued equally. Mind blowing, huh? Imagine the economy, for one. Several studies have confirmed the positive impacts gender equality would have on GDP per capita. For certain, the world would be a much better place.
Here’s the thing, though (the first thing, I think): Gender (in)equality impacts everyone, and therefore concerns both women and men. Gender equality for far too long has been treated mainly as a “women’s issue” – as women have been a driving force behind the agenda. But as my son said, “where are the men?” We must jump in and play a stronger role in killing this beast. And not just the men that have daughters or sisters or girlfriends or wives or mothers. All men. That’s when we’ll start winning. This game is not about empowering women. Women are already powerful. This game is about dismantling institutions and cultural norms that diminish women’s power. Shoutout to the Amazons; I thoroughly enjoyed our time together. And I loved the gift basket and the toilet bag that screamed, ‘YOU’RE THE MAN.’ 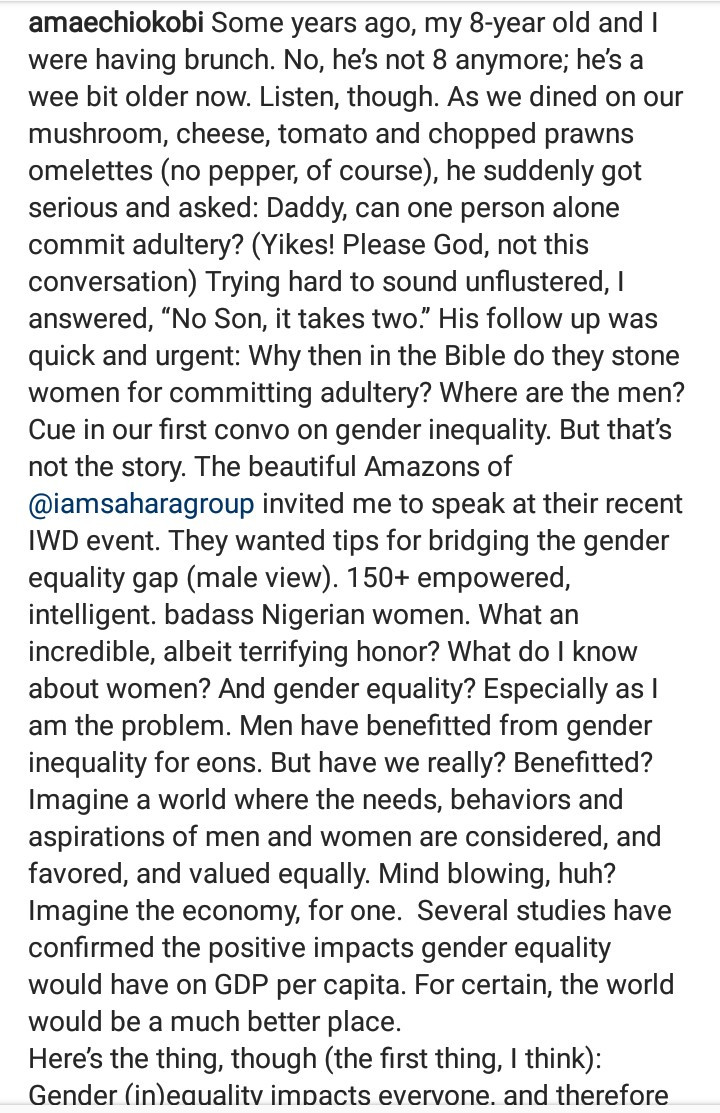 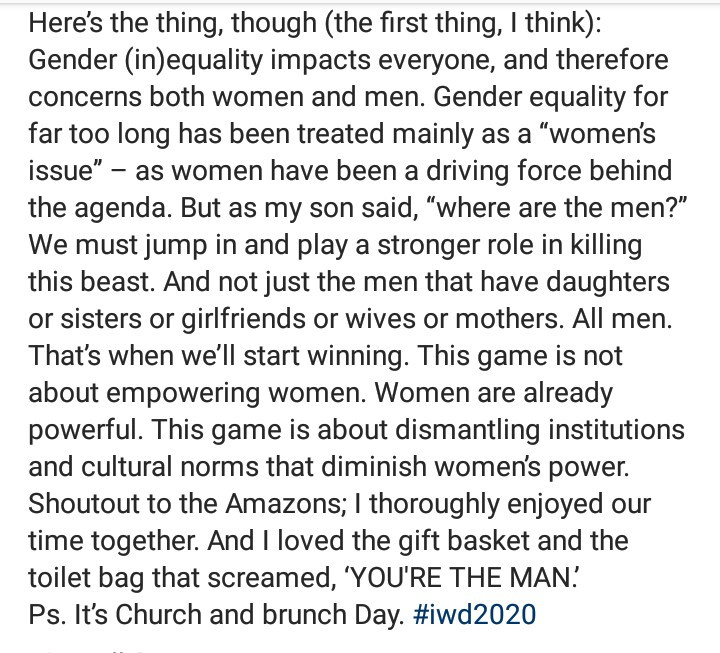